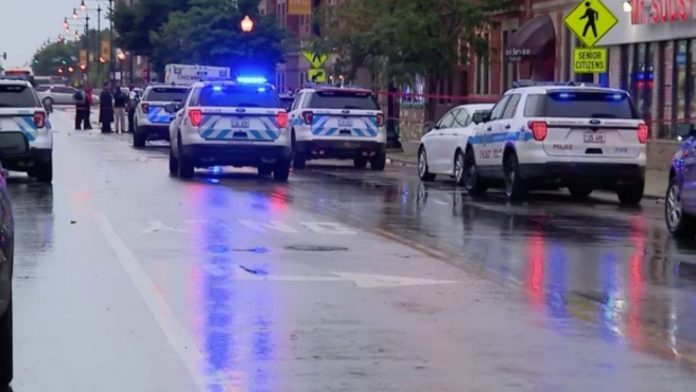 At least one person was killed and five others were injured in a shooting outside a restaurant in Chicago, local police said.

The incident took place on Sunday at around 1.50 p.m. in an outdoor tent at the Lumes Pancake House, reports Xinhua news agency.

One of the people shot, who was the “targeted individual”, died from injuries, Chicago Tribune quoted the city police as saying.

The five others have been transported to local hospitals.

“He was dining outdoors under a tent when a white-coloured SUV drove up and fired shots striking him,” the police said in a preliminary statement.

Identities of the victim and the injured were not disclosed.

Detectives are on the scene and investigating the incident, said Tom Ahern, deputy director of news affairs and communication for the Chicago Police Department.