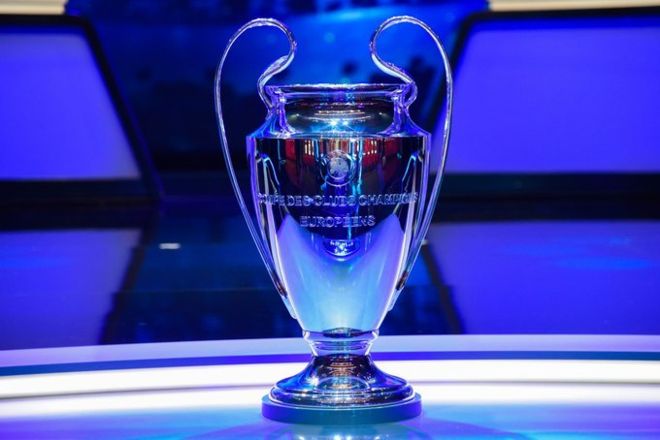 After an enforced covid-19 delay to the football season, Europe’s top five leagues are now all settled in terms of who will be crowned triumphant. What is yet to be decided though is who will reign supreme in the revamped 2020 Champions League. Here we take a look.

What changes have been introduced to the format?

We’re really here to talk about the teams but it’s important to understand the competition too. We’ll keep it brief though.

Firstly, some ties are only part way through with the second legs of four round of 16 matches to be finalised. That will be done behind closed doors in the stadium of each respective home team. After that, a breakneck Champions League gets underway in a straight knockout format.

The quarter finals, semi-finals and final will be played over 11 days in two of Portugal’s best stadia. There will be no two legs with matches heading straight to extra time and penalties. Other rule tweaks have been made regarding the number of subs – now five plus an additional in ET – allowed and squad inclusion, although this is limited.

The obvious underdog is Chelsea. The Blues are still in the competition but only by the finest of margins with German Champions Bayern Munich having turned them over 3-0 in the first leg. It would be a miracle if Frank Lampard can pull something out of the bag and odds of 25/1 to make it through suggests it won’t be done.

It might be more likely that Chelsea have actually helped eliminate another German side. Yep, it sounds strange until we confirm we’re talking about RB Leipzig. Leipzig eased part Chelsea’s city rivals Tottenham in the last round and face Atletico Madrid in the QF.

Unfortunately, they’ll be doing so without their main man, Timo Werner, as the delayed finish to the tournament means he is officially a Chelsea player and will not play. That tie is far from an Atletico banker, but Werner is a big loss and Diego Simeone will be rubbing his hands together.

Teams on the ropes

Two of Europe’s most glamorous names find their fate firmly in the balance ahead of the round of 16 second legs. Real Madrid, who won the title in 2018, are currently trailing Manchester City with a trip to the Etihad to come. City have been in decent form since the Premier League restart but Sergio Aguero looks to be out of the match and you can guarantee Sergio Ramos and co would rather mark Gabriel Jesus.

For City, a Champions League win would also be an almighty two fingers up at UEFA after their two-year ban was recently overturned. It will surely serve as extra motivation as will the fact legendary playmaker David Silva is heading to pastures new in the summer.

The biggest result of the last 16 was probably Juventus’ defeat to Lyon. The 1-0 loss is far from the ideal result particularly as Juve didn’t notch an away goal. They do, however, have a man in their attack who happens to know a thing or two about winning the Champions League. Step up Cristiano Ronaldo. If things look bleak in Turin, even with just 10 minutes to go, do not write off a side with CR7 in its attack.

On paper, PSG would have been quite happy to draw Atalanta in the quarter final. In reality, it’s a tough match for the French Champions. Atalanta started their European adventure off with a wobble really having lost three of their group games but a runner up spot behind Man City saw them through. Their recent form though makes them a genuine contender to get to the final.

Their last game before coronavirus took hold was their 4-3 win over Valencia in Spain (8-4 on aggregate) and since the restart in mid-June they’ve won nine and drawn three taking their overall unbeaten run to 20 matches.

With PSG likely to be a) without their speedster Kylian Mbappe and b) potentially a tad rusty from only two competitive games since the Ligue 1 season was prematurely scrapped there could be a surprise on the cards.

Then there were two

The only teams yet to get a mention are currently locked at 1-1 after Barcelona could only muster a draw at the San Paolo stadium against Napoli. Barca would ordinarily be heavy favourites but their form has been hugely questionable to the point where Lionel Messi’s future has even been called into doubt.

They’re still a club that boast some real star quality though with the likes of Messi, Luis Suarez and Antoine Griezmann capable of tearing any defence apart on their day. If Napoli do manage to progress, Kalidou Koulibaly, who has the physical structure of an NFL betting favorite linebacker, will probably have turned in a monstrous performance at the back.

Everyone knows that the Champions League is the best of the best and that makes it tough to predict. If we were to have a wager though, we’d be backing Bayern all the way.