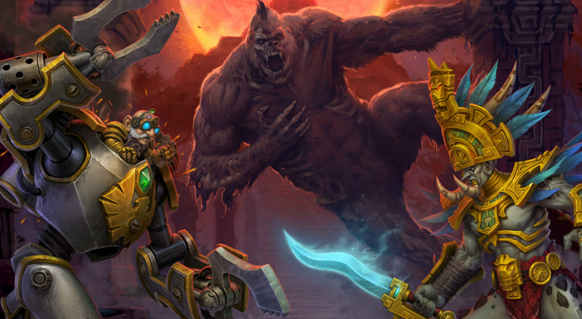 WoW (World of Warcraft) is a serious multiplayer online role-playing game with a huge fan following around the globe. People from around the world play this game and cherish the gameplay to the very best. But even after all is said and done there are many players out there that are always skeptical about their progress and most of these people are the beginners.

Why as a beginner the game is difficult?

Many beginners are always looking out to ways, cheats, or potential hacks that they can apply to the game in order to cut through their current roadblock whatever it might be. But to their finest tries, such things don’t work and can’t take them out of this jinx. The main reason is the format of the WoW classic gameplay which is PvE (Player vs environment) rather than being PvP (player vs player).

In the PvE context, the players have to compete against the environment or simulation which is the game itself or the robots playing on behalf of the game, and in PvP, the common enemies are the other human players that need to be defeated. It can be a little tempting and difficult to outsmart computers versus other human beings. That is why many new players have their issues about the game because they haven’t yet figured out a way of outsmarting them or finding a way to beat the game.

The only thing that is left for them to try is the WoW classic PvE boosting service. It is the most convenient and dedicated system of getting your ranking, power levels as well as the weaponry collection of the player customized to the next possible value. Following narration explains a lot about what boosting is and if it is the right solution for you or not;

Boosting PvE WoW classic; is it for you?

You have had a glimpse of what boosting is and how it can better customize the gameplay for you, but are you interested in fading a little more about it? If yes, then you have come to the right place. Boosting refers to the outsourcing of the WoW classic game of yours to the third-party vendors who help you to win the game and outsmart those robots. The thing is that you have to share with them your gaming credentials and the top players from their side would start playing the game for you right away. They will increase your ranking, help you to build the next possible weaponry collection, and boost your power levels too.

You don’t have to even lift a finger for all that matter as everything will be taken care of by these professions. When they are done with boosting your game all your credentials will be given back to you which you can change for the security reasons or continue to play along allowing these to remain the same, it is totally up to you.

WoW Classic PvE boosting is the next level thing and if you want to get better at the game then you better ask for your boosting of the game right away.