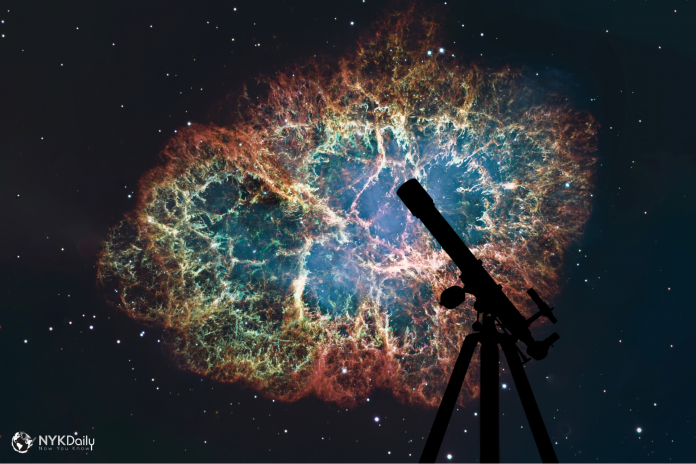 A neutron star is the sparkling residue of an extensive star that has completed its nuclear-fusing “life” in the dazzling and deadly explosion of a supernova explosion.

How are they formed?

Neutron stars are formed due to the lethal supernova explosion of a massive star coupled with gravitational collapse that decreases the core to the density of an atomic nucleus. Once the neutron star is born from the ruins of its parent star, that has gone supernova, it can no longer churn out the heat.

How the neutron-rich, exceptionally dense matter functions is a scientific mystery. This is because it is challenging to create the required conditions in any laboratory on Earth. Although physicists have suggested different models, it stays unknown, if any of these models represents neutron star matter.

Size and Density of Neutron Star

A neutron star is about 10 km in radius and has a mass of about 1.4 times that of our Sun. These strange, lingering remnants of massive stars are so incredibly dense that a teaspoon full of neutron star material can weigh as much as the Earth.

Because of its modest size and high density, a neutron star maintains a surface gravitational field around 2 x 1011 times that of the Earth. Neutron stars can also have magnetic fields millions of times stronger than the strongest magnetic fields produced on Earth.

The neutron stars that can be seen are searing-hot and have a temperature of 1011K to 1012K.

In simple words, pulsars are rotating neutron stars. And pulsars seem to pulse because they rotate! As the centre of the soon to die large star collapses, its rotation rate rises. This is a consequence of the preservation of angular momentum and for this reason, the new neutron star, called a pulsar, can turn up to as much as several hundred times per second. Some pulsars emit pulsating beams of electromagnetic radiation as they rapidly rotate, which makes them detectable. The rays of electromagnetic radiation beamed by the pulsar are so frequent that they are often compared to lighthouse beacons on Earth.

There are thought to be around 100 million neutron stars in our Milky Way. This number was determined by scientists evaluating the number of stars that have gone supernova in our Galaxy.