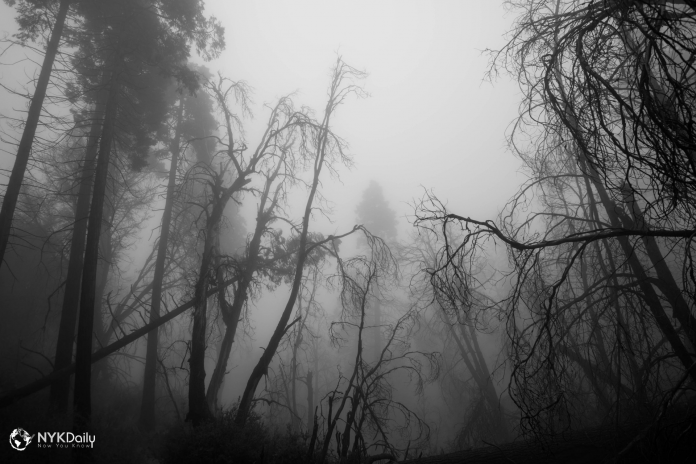 Do you get scared easily? Do you want to face your fear?

It’s no mystery that the South is a top source of imagery and Gothic tales. Stories of haunted homes and folk legends hold much of its’ culture, and the charm of the “other side” remains influential among visitors and locals. When you travel to Music City, you’ll find no shortage of spooky spots in town. It seems almost every construction and dark alley has an account, and you can hear them all.

Ryman Auditorium is a 2,000+-seat live-performance venue situated at 116 5th Avenue North, in Nashville, Tennessee. It is best known as the home of the Grand Ole Opry from 1943 to 1974 and is owned and operated by Ryman Hospitality Properties, Inc. Is this yet another auditorium where you can enjoy concerts, theater and art? Maybe. But what happens after the light goes dim is a story in itself. One of the ghosts observed through the years in the construction is a ‘Grey Man.’ The Ryman was the place for many Confederate soldier homecomings. People say one of these soldiers relished the Ryman so much that he comes back even though he is dead. His ghost has been witnessed in the auditorium’s balcony. There have been numerous such unexplained occurrences, and sighting reports at the Ryman. You can explore where no guests had ever gone before.

Tennessee State Prison is a former correctional facility located near downtown Nashville, Tennessee. It opened in 1898 and closed since 1992 because of inhumane conditions. Tennessee Prison is said to be haunted. This disarrayed building has earned a reputation for its spine-chilling paranormal phenomena. You can still hear the screams of those who were executed with on an electric chair in this place. There are guided tours to this place. Warning: Don’t go alone.

The Tennessee State Capitol, situated in Nashville, is the seat of government for the U.S. state of Tennessee, serving as headquarters to the Tennessee General Assembly and the governor’s office location.

Renowned Philadelphia architect William Strickland designed the Tennessee State Capitol. Strickland died 5 years before the completion of construction and was entombed in its northeast wall. Once, a beautiful state capitol, it is now a haunted place in Nashville. This insanely terrifying State Capitol is not for the faint-hearted. People have been buried within its walls, so it’s no shock that things bump in the night.

John Bell, with his family, moved in in northern Robertson County, Tennessee, in the early 1800s. Their farm consisted of over 300 acres of fertile farmland along the Red River. They lived a beautiful life here for the first decade or so. They were regular at Red River Baptist Church, where John became a minister. The family found happiness and became somewhat wealthy.

In the summer of 1817, something would happen that would change their worlds forever. Some members of the family began seeing odd-looking animals around the home. Late at night, they started hearing tapping sounds on the house’s doors and walls.

The family was scared but kept the problem to themselves for over a year. When things became unbearable, John revealed it to a neighbor, James Johnson. They told everyone, and the word spread.

It was not long before curious minds came from different towns around to hear and see this unseen force intimidating the Bell home. Before long, this supernatural force had obtained enough power that it now had a voice. The voice was of a girl warning revenge. The Church concluded that the ghost is the witch of a neighbor named Kate Batts. Kate would continue torturing John Bell and his daughter for many years until the death of John. It was said that Kate did this because John cheated on her in a past life. There are many novels written about the infamous Bell Witch of Tennessee. If you want to experience it in person, visit at your own risk.