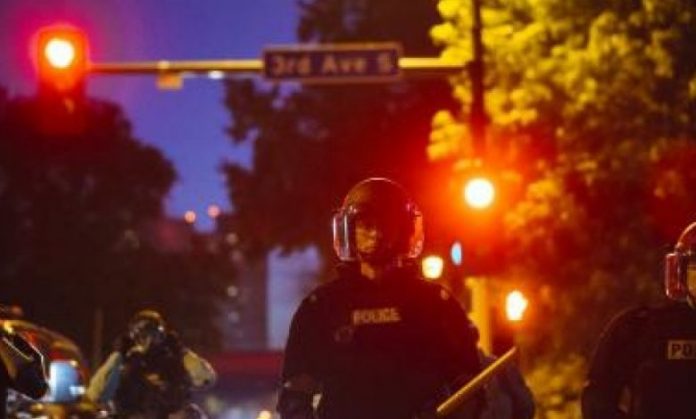 The Attorney General for the US state of Oregon has filed a lawsuit against the federal government, accusing it of “unlawfully detaining” protesters, the media reported on Sunday.

The lawsuit filed by Oregon Attorney General Ellen Rosenblum on Saturday came after the deployment of federal agents in Portland, which according to the government was in an effort to restore order in the city which have witnessed nightly protests since the killing of George Floyd in police custody on May 25 in Minneapolis, reports the BBC.

In the lawsuit, Rosenblum requested a restraining order to stop agents from the Department of Homeland Security, US Marshals Service, US Customs and Border Protection and the Federal Protection Service from making any more arrests in the city.

“These tactics must stop,” the BBC quoted Rosenblum as saying in a statement.

“They not only make it impossible for people to assert their First Amendment rights to protest peacefully, they also create a more volatile situation on our streets.”

Their methods, she added, are “entirely unnecessary and out of character with the Oregon way”, the Attorney General added.

Besides the arrests, the federal agents, deployed by President Donald Trump, have also fired tear gas and less-lethal munitions into crowds of demonstrators.

Late Saturday night, protesters were seen dismantling a fence around the federal courthouse, hours after it was put up.

The US Attorney’s office in Oregon said on Twitter that the fence aimed to “de-escalate tensions between protesters and law enforcement officials and asked people to leave it alone, the BBC reported.

Officers declared a riot outside the Portland Police Association building in the north of the city.

It was set on fire but the blaze has now been put out, police said.