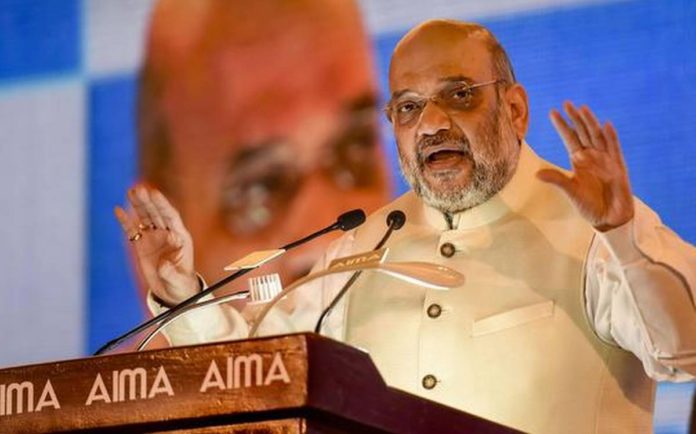 Union Home Minister Amit Shah on Sunday said India was leading a successful fight in managing the coronavirus pandemic at a time when health services of most countries were collapsing.

The Home Minister said that the whole world was concerned about how India – a huge densely populated country with a federal structure  would fight this pandemic, but today “the most successful fight against this pandemic has been fought in India.”

“We are on a strong pedestal in the fight against COVID-19 under the leadership of Prime Minister Narendra Modi with the motto ”One People, One Thought, One Nation”,” Shah said while launching the Central Armed Police Forces” (CAPFs) nationwide tree plantation drive in Gurugram which has set a target of planting 1.37 crore saplings.

Shah said only governments are fighting this pandemic across the world, but here in India, 130 crore people besides state governments are united in fighting this threat. His remarks came when the country recorded 28,637 fresh COVID-19 cases on Sunday, taking the total tally to 8,49,553 while the death toll from the disease climbed to 22,674.

In this fight, Shah said our CAPFs are playing a very important role whether it be markets, railway stations, whenever state governments have sought support in managing crowded places or the local police have sought the support of our security forces in enforcing the lockdown.

Mentioning that we should harness natural resources and not exploit them, Shah said this balance has been disturbed today due to consumerism and as a result we are facing the challenges of climate change and global warming. He said several programmes are being run on environmental protection but only tree plantation can check pollution and save the earth.

Shah said Prime Minister Modi while participating in the Paris World Environment Summit had cautioned the world against over exploitation of nature and the world accepted his formula in the Paris declaration on tackling climate change. Shah pointed out that various programmes of the government of India such as eight crore free cylinders to rural households are also environment friendly.

“I commend the brave CAPF jawans and applaud them for not only protecting and securing the nation but also having undertaken this massive campaign to plant more than one crore saplings of long lasting trees,” he said.

On the occasion Shah planted a sapling of the ”peepal” tree.

Union Home Secretary Ajay Kumar Bhalla, DGs of the seven CAPFs and senior officials were also present. To mark the plantation drive, more than 10 lakh saplings are being planted at various locations of the CAPF throughout the length and breadth of the country.

These saplings are being planted by the CAPF personnel by contributing voluntary labour. Till June 30 this year more than 20 lakh saplings have been planted by all CAPFs across different regions of the country.