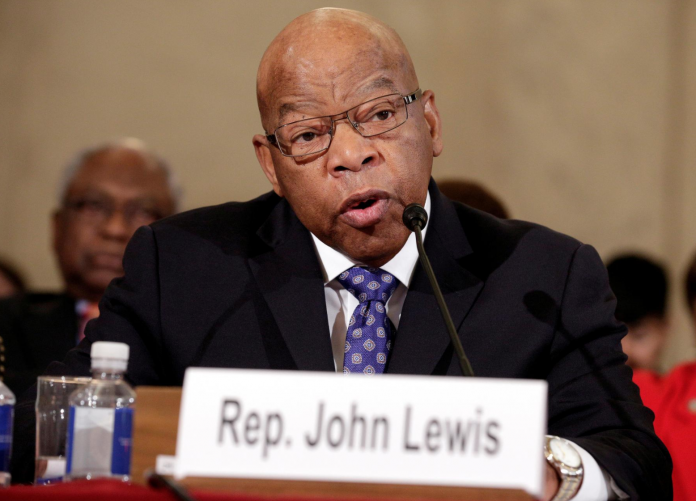 John Lewis, a pioneer of the civil rights movement and long-time member of the U.S. House of Representatives, died on Friday.

Lewis, a member of Congress from Atlanta who had announced in December that he had advanced pancreatic cancer, was 80.

“He loved this country so much that he risked his life and his blood so that it might live up to its promise,” former President Barack Obama said in a statement. “And through the decades, he not only gave all of himself to the cause of freedom and justice, but inspired generations that followed to try to live up to his example.”

Former U.S. President Bill Clinton and former Secretary of State Hillary Clinton in a joint statement, “We have lost a giant. John Lewis gave all he had to redeem America’s unmet promise of equality and justice for all, and to create a place for us to build a more perfect union together.”

Lewis was a protege of the Rev. Martin Luther King Jr., whom he met after writing to him when Lewis was just 18. He was the last surviving speaker from the 1963 March on Washington, having stood beside King when he made his “I Have a Dream” speech.

Lewis kept up the fight for civil rights and human rights until the end of his life, inspiring with others with calls to make “Good Trouble.”

In 2016, Lewis led a “sit-in” by House Democrats to demand a vote on gun regulations. He made his last public appearance last month, as protests for racial justice swept the United States and the world.