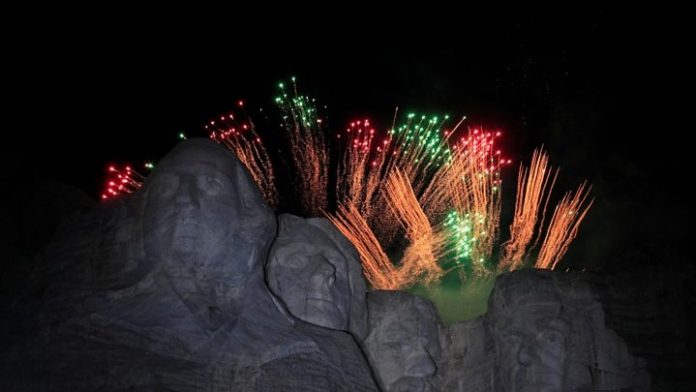 US President Donald Trump has ordered the creation of a “National Garden of American Heroes” to defend what he calls “our great national story” against those who vandalise statues, it was reported.

His executive order on Saturday gives a new task force 60 days to present plans, including a location, for the garden, the BBC reported.

State authorities and civic organisations are invited to donate statues for it.

He insists the new statues must be lifelike, “not abstract or modernist”.

President Trump’s choice of historical figures to be commemorated in the garden is likely to be controversial, said the BBC report.

The garden could also have statues of Christopher Columbus, Junipero Serra and the Marquis de Lafayette.

Columbus and the Spanish Catholic missionary Serra are far from heroic for Native Americans, because their “discoveries” led to the enslavement and exploitation of indigenous people by white colonists.

A number of US statues have been pulled down since the May 25 death of unarmed black man, George Floyd under police custody in Minneapolis.

Monuments linked to the slave-owning Confederacy during the Civil War in the US have been especially targeted in the nationwide protests ignited by the death of Floyd in Minneapolis, Minnesota, after a white police officer knelt on his neck for nearly nine minutes.

President Trump has defended Confederate symbols as a part of American heritage.

In a speech to mark Independence Day at Mount Rushmore on Friday, he condemned the anti-racism protesters who toppled statues.

He said America’s national heritage was being threatened.