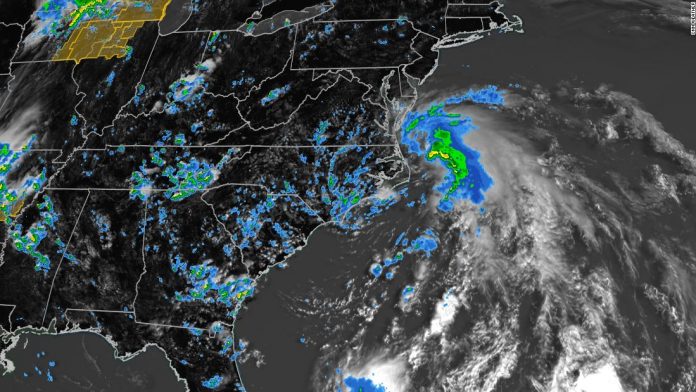 Tropical storm Fay has slightly strengthened offshore the Delmarva peninsula and the storm’s center is projected to move inland over the mid-Atlantic or the northeast United States late Friday or on Saturday, the National Hurricane Center (NHC) said.