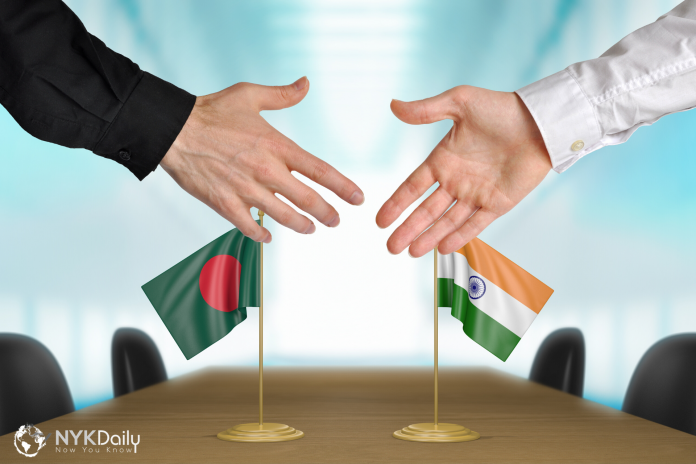 Five port users” organisations in Bangladesh have suspended import of Indian goods through Benapole land port on the border for the third day on Friday, protesting India”s refusal to accept Bangladeshi-exported goods.

The organisations have announced a stop to import of all types of goods from India until they accept Bangladeshi export goods. Due to this, there has been an export trade deficit with India of 2,000 crore takas in the last three months, they said.

“We continued negotiating with Indian authorities for last 3 days through the High Commission in Dhaka .They are also trying their best, but it”s still uncertain,” Chakravarty added.

Indo-Bangladesh import-export through the land-port of Benapole in Bangladesh  which is opposite India”s Petrapole on the border, have remained almost stalled since July 1.

Bangladeshi exporters are having to bear large losses due to their trucks being stuck at the port.

Benapole, the biggest channel for trade between the two neighbouring nations reopened on June 7 after remaining closed for three months due to coronavirus-induced shutdown.

Nearly 500 trucks of export goods are stuck in Benapole port for the last three months. The government of India and Indian traders allow export of Indian products to Bangladesh but do not allow entrance of Bangladeshi products to India, the Bangladeshis say.

Some 5,000 goods-laden trucks are waiting to enter Bangladesh through the port from Petrapole for the last 3 days. Many goods with short date of expiry have already been damaged inside those trucks, sources said.