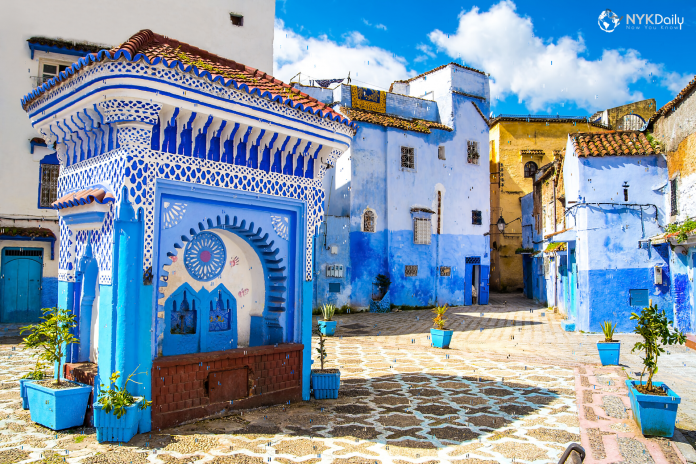 Morocco, a North African country covered by the Atlantic Ocean and the Mediterranean Sea, is characterized by its Arabian, Berber and European cultural influences. One of the most common remarks about Morocco is that the inhabitants are particularly kind. This is true! Generosity is the nation’s fabric and you will find it everywhere, from the most impoverished villages to the richest enclaves.

Lets’ explore things to do here.

What to eat in Morocco?

The food is delicious in Morocco, mostly Berber and Arab fare with love from France, and the variety is dazzling! The famous Moroccan dish is called Tagine and comes in almost endless variation: lamb with prunes, almonds, and chicken, goat, vegetables, and fish. The “fast” food in Morocco for dinner or lunch is a tagine, and tagine shops are omnipresent, waiting for you. A tagine is also conical-shaped pottery in which the meal is prepared.

Here are the places to visit in Morocco.

Marrakesh is a beautiful cultural center where the Andalusian and Islamic civilizations blend. This is why you can find unique architectural elements and layouts, a large number of famous authors, and a glittering city that welcomes thousands of tourists every year who travel to Morocco.

Places to explore in Marrakesh:

Casablanca developed from a modest fishing port at the beginning of the 20th century to become the country’s commercial and economic center. This is in addition to the large number of travelers who tour Morocco and visit Casa every year.

Places to explore in Casablanca: