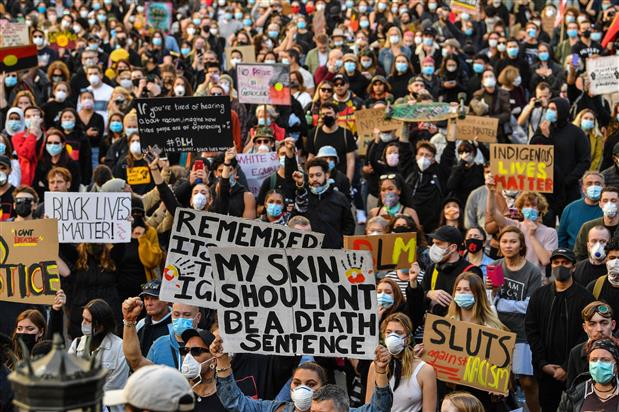 Thousands of protesters gathered on Saturday in cities across Australia, shouting slogans in support of the Black Lives Matter movement and aiming to raise awareness of the mistreatment of indigenous people.

Rallies in the cities of Brisbane, Darwin and Perth drew a smaller turnout than a month ago, however, amid calls for a halt from authorities concerned about the spread of the coronavirus pandemic.

Bogaine Spearim, one of the organisers, said the protests were a continuation of global protests unleashed by the death of African-American George Floyd in police custody in the U.S. city of Minneapolis in late May.

“No police officer or prison guard has ever been criminally charged with murder and sent to prison, so that’s why we are here for justice,” added Spearim, an organiser of the Brisbane demonstration.

Television broadcast images of protesters shouting, “Always was, always will be Aboriginal land” and, “No justice, no peace, no racist police”.

A protest is planned in Sydney on Sunday, a month since the first Black Lives Matter rallies in Australia.