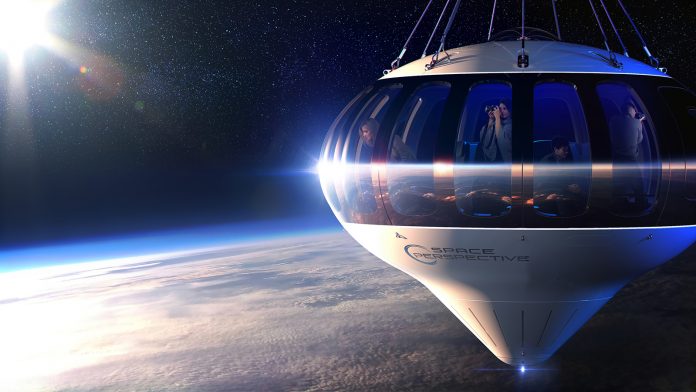 (IANS) If space tourism is in your bucket list, here comes some news that will excite you. A Florida-based startup is working towards sending people to the edge of space beneath a football stadium-sized high-performance balloon and pressurised capsule.

This human space flight company, Space Perspective, recently announced plans to launch from the Shuttle Landing Facility at NASA”s Kennedy Space Center (KSC) in Florida, with the first un-crewed test flight scheduled in early 2021 that will include a suite of research payloads.

The vehicle in which it plans to send passengers to the edge of space following the un-crewed test flight is called the Spaceship Neptune.

“We”re committed to fundamentally changing the way people have access to space  both to perform much-needed research to benefit life on Earth and to affect how we view and connect with our planet,” Space Perspective Founder and Co-CEO Jane Poynter, said in a statement.

“Today, it is more crucial than ever to see Earth as a planet, a spaceship for all humanity and our global biosphere.”

Spaceship Neptune was developed from the ground up for maximum safety, accessibility, near zero-emissions and routine operations around the world, Space Perspective said.

Flown by a pilot, Neptune can take up to eight passengers called “Explorers” on a six-hour journey to the edge of space and safely back, where only 20 people have been before, the company said.

It will carry people and research payloads on a two-hour gentle ascent above 99 per cent of the Earth”s atmosphere to 100,000 feet, where it cruises above the Earth for up to two hours allowing passengers to share their experience via social media and with their fellow Explorers.

Neptune will then make a two-hour descent under the balloon and splashes down, where a ship retrieves the passengers, the capsule, and the balloon.

To book a ticket for the six-hour journey, passengers may have to cough up an estimated $125,000, according to a report in Anchorage Daily News.

Bookings are already open on the Space Perspective website.