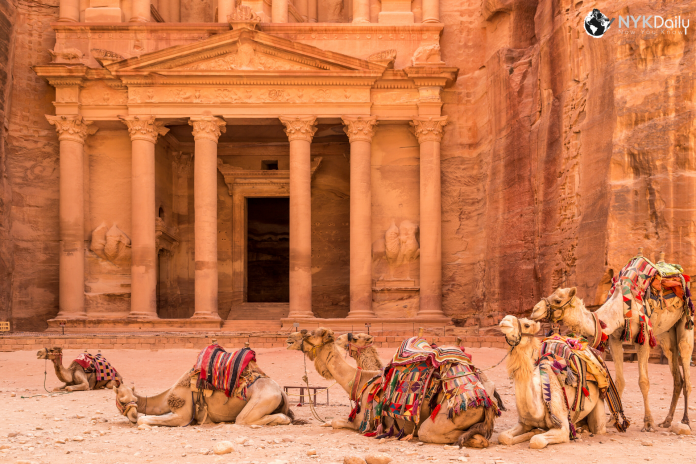 Jordan, an Arab nation on the east bank of the Jordan River, is known for its’ old monuments, seaside resorts, and national reserves. It’s home to the famed archaeological site of Petra, the Nabatean metropolis dating to around 300 B.C. Set in a small valley with temples, monuments and tomb carved into the surrounding pink sandstone cliffs, Petra earns its nickname – the Rose City.

One of the most beautiful countries in the middle east, Jordan is safe, open for tourism and courteous.

The people are friendly, the weather is suitable for tourism, and it also houses some of the world’s most popular locations. The country has a lot of significance around the world because it houses one of the wonders of the world. It offers a lot of entertainment to anyone who visits, owing to it’s rich Arabian cuisine and other Arabian luxuries. Plan your trip, get yourself some expensive airline tickets and fly to Jordan to see these amazing places.

One of the world’s most shocking aspects when it comes to science is the dead sea. As the title already helps us realize, the Dead Sea is stretched out on the lowest point that can be found on the Earth’s surface without any digging. The water here has more salt content than any other water body in the world, making it virtually uninhabitable for the fish. Another thing that is unusual about it is that you cannot drown in the Dead Sea, no matter how hard you try to do so. There are no fish living or dead here, no plants to help you find your way around the deep sea. But it is still said that going deep-sea diving here is a rewarding experience. The Dead Sea area has some excellent climatic conditions as it is free of moisture – so no sweating! Many oresorts on the Dead Sea’s shores offer fantastic natural therapeutic services with no use of any chemicals or medications of any sort.

Petra is a spectacle of the world and is one of the most visited tourist attractions in the Middle East. To recognize the significance of this pre-historic city, one must go way back and look far into the pages of history. Petra is separated from the rest of the world and is settled like a valley between the rough mountains of Jordan’s countryside. This city has been sheltered from the world for many years and was only discovered by some inquisitive and curious archeologists. The most unbelievable thing about this place is the waterways considered to be too modern to have endured in the era that Petra belonged to. This place is a sight to behold for everyone and a feast for sore eyes for any fan of history. (Like our Co-Founders – Aru and Nik)

The water or Wadi Rum channel, as the locals call it, consists of centuries-old river beds and vast areas of the dry sandy desert fused together. This valley is settled in the south of Jordan. The attraction of this place is a consequence of thousands of years of dust and sand collection that has resulted in this fantastic formation of rocks. Going here will unquestionably make you feel like you have entered the real-life version of the Arabian Nights, and you’ll just begin searching for a Genie to pop up in front of you.