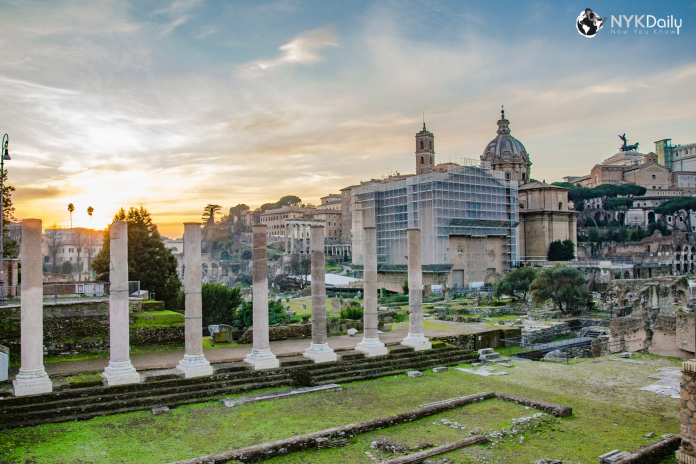 The sack of 455 CE was the third of four old lootings of Rome – it was led by the Vandals, who were then in a conflict with the ousted Western Roman Emperor Petronius Maximus.

In the 4th Century, the Vandal king Genseric and the Roman Emperor Valentinian III who had pledged their children Huneric and Eudocia to restore their alliance, reached in 442 with a peace treaty. In 455, Valentinian was murdered, and Petronius Maximus ascended to the throne. Petronius married Valentinian’s widow Licinia Eudoxia and had his son Palladius marry Eudocia – this way, Petronius was to establish his bond with the Theodosian dynasty. Unhappy however, with her husband’s murder and Maximus’ capture, Eudoxia turned to seek support from the Vandals to eliminate Maximus from his throne. The request was graciously met, because Maximus’ revolution was degrading to Genserc’s goals. The king of the Vandals declared that the split engagement between Huneric and Eudocia canceled his peace treaty with Valentinian and set sail to invade Rome – landing at Ostia, at the Tiber’s mouth.

Before advancing to the city, the Vandals destroyed all of the city’s pipelines. At the sight of the incoming Vandals, Maximus and his soldiers tried to escape the city. Nonetheless, he was located and executed by a Roman mob outside the city, probably with his son Palladius. Upon the Vandal arrival, Pope Leo requested that Genseric should not damage the ancient city or murder its citizens. Genseric accepted, and the doors of Rome were thrown open to him and his army.

While Genseric kept his word not to raze the city and massacre its residents, he did carry some off to be slaves. During that time, Genseric managed to seize Empress Licinia Eudoxia, Valentinian’s widow, and her daughters, as they tried to escape. Eudoxia and her children were the last of Rome’s royal family. Eudocia would later marry Huneric.

It is believed that Genseric plundered enormous quantities of wealth from the city, damaging objects of social importance such as the Temple of Jupiter Optimus Maximus by tearing away the gilt bronze roof tiles. There is, however, some dispute over the hardness of the Vandal sack. The sack of 455 is usually seen as more thorough than the Visigothic sack of 410 because the Vandals raided Rome for around two weeks, whereas the Visigoths spent only 72 hours in the city.