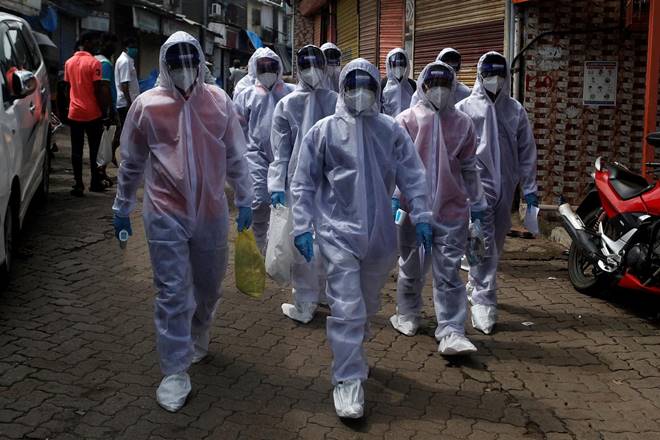 Hancock told the BBC that the government had taken the “targeted” action based on information gathered from contact tracing, which he said showed that “most of the transmission is happening between households visiting each other, and people visiting relatives and friends”.

The restrictions mean different households will not be allowed to meet in homes or private gardens.

Individual households will still be able to go to pubs and restaurants but not mix with another household.

The new lockdown rules came into force at midnight.

The restrictions come nearly four weeks after restrictions were eased across England, allowing people to meet indoors for the first time since late March.

In Leicester, where a local lockdown has been in place for the last month, pubs, restaurants and other facilities will be allowed to reopen in the city from August 3, as some of the stricter measures are lifted, Hancock told the BBC.

Cinemas and museums will also be able to open in Leicester and religious ceremonies will be able to take place.

Reacting to Friday’s development, Miqdaad Versi, from the Muslim Council of Britain, said the restrictions were likely to have a “large impact” on Muslim families celebrating Eid.

“Unclear why such short notice provided but important that this message is cascaded as quickly as possible,” he tweeted.

On Thursday, a further 38 people in the UK died, bringing the total number of COVID-19 associated deaths to 45,999.