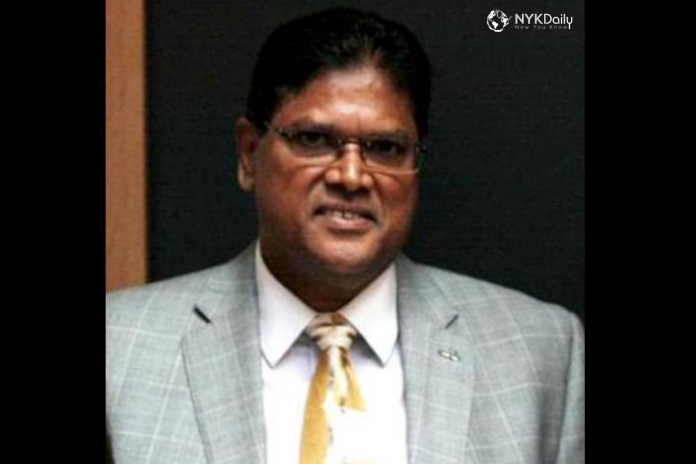 Suriname’s newly-elected President Chandrikapersad Santokhi took the oath in Sanskrit while holding Vedas in his hand during the inauguration ceremony on July 16. While taking the oath, Santokhi repeated the Sanskrit verses chanted by the priest. The South American nation elected Santokhi as the new President, replacing former military strongman Desi Bouterse.

Santokhi, a former chief of police grew up in the countryside as the youngest in a family of nine children. He studied at the Police Academy of the Netherlands in Apeldoorn for four years and returned to Suriname in September 1982 to work for the police. In 1991, Santokhi was appointed chief commissioner of police.

Spiritual leader Sri Sri Ravi Shankar recently congratulated Krishna Mathoera on becoming the Defense Minister of Suriname. Mathoera, a policewoman-turned-politician, belongs to Progressive Reform Party (VHP) and is a member of National Assembly of Suriname. Mathoera successfully supervised the election and announced that the nomination process had been done correctly.

National Democratic Party (NDP) lost its majority in the Parliament in the general elections held on May 25, paving way for the VHP to rule the country known for its melting-pot culture. VHP General Liberation and Development Party (ABOP) are part of the ruling coalition which also includes The National Party of Suriname (NPS) and the Pertjajah Luhur (PL). The coalition controls a decisive 33 seats out of 51 in the parliament. As part of the coalition deal, ABOP leader Ronnie Brunswijk was elected as the Vice President without any opposition.

Indian social media was excited to see a foreign leader taking oath in Sanskrit and congratulated him.