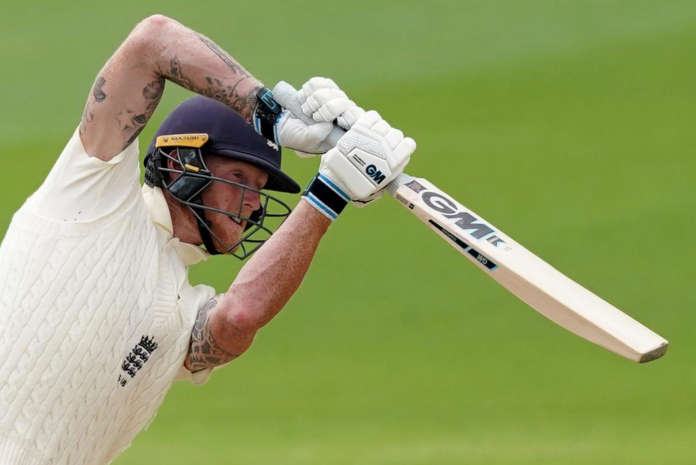 A grafting century from Dom Sibley and an increasingly belligerent one by Ben Stokes put England in control on day two of the second test against West Indies on Friday.

Opener Sibley completed his second test century shortly before lunch, eventually falling for 120, while Stokes cut loose after it before going for 176 as England declared on 469-9.

Sam Curran trapped West Indies opener John Campbell lbw for 12 in a tricky session before stumps to leave the visitors on 32-1 — 437 runs in arrears.

England began the day on 207-3 with Sibley and Stokes well set after coming together on Thursday with the hosts on 80-3.

They had to dig in before lunch with the ball swinging and added only 57 to their overnight score before the interval.

Sibley, who began the day on 86, reached his century when he hit fast bowler Alzarri Joseph back down the ground for three.

His marathon innings came to an end when he was caught by Kemar Roach at deep mid-wicket off the bowling of spinner Roston Chase, who ended up with five wickets.

Sibley faced 372 balls and struck only five boundaries and his 260-run fourth-wicket partnership with Stokes was England’s highest on home soil for nine years.

Stokes reached his 10th, and slowest, test century shortly after lunch but then immediately went on the attack with some majestic hitting to all corners of the ground.

The all rounder struck 17 fours and two sixes, one of them a magnificent shot over the long-on rope off Joseph.

Stokes was dismissed by Roach, getting a nick behind to Shane Dowrich when attempting a reverse slap.

Ollie Pope missed out, scoring only seven before going lbw to Chase, but Jos Buttler made a useful 40 against a tiring West Indies attack which became a little ragged towards the end with Shannon Gabriel comically failing to run out Stuart Broad.

Chase, who bowled an unbroken spell from the last over before lunch, ended with five for 172 off 44 overs but West Indies captain Jason Holder, whose only wicket was that of Buttler, may now regret choosing to bowl first.

Stokes, back as Joe Root’s vice-captain after leading the team in the first test, said he was happy to show another side to his batting.

“Being an instinctive player is great but there’s time in the past where I’ve let how I’m playing at the time affect me, thinking I can play some big shots and I’d be alright,” he said.

“I was more buzzing that I faced 300 balls than I was when I got to my hundred, that’s something I never thought I’d be capable of doing.”

England are trying to level the series after losing the opener at Southampton last week.