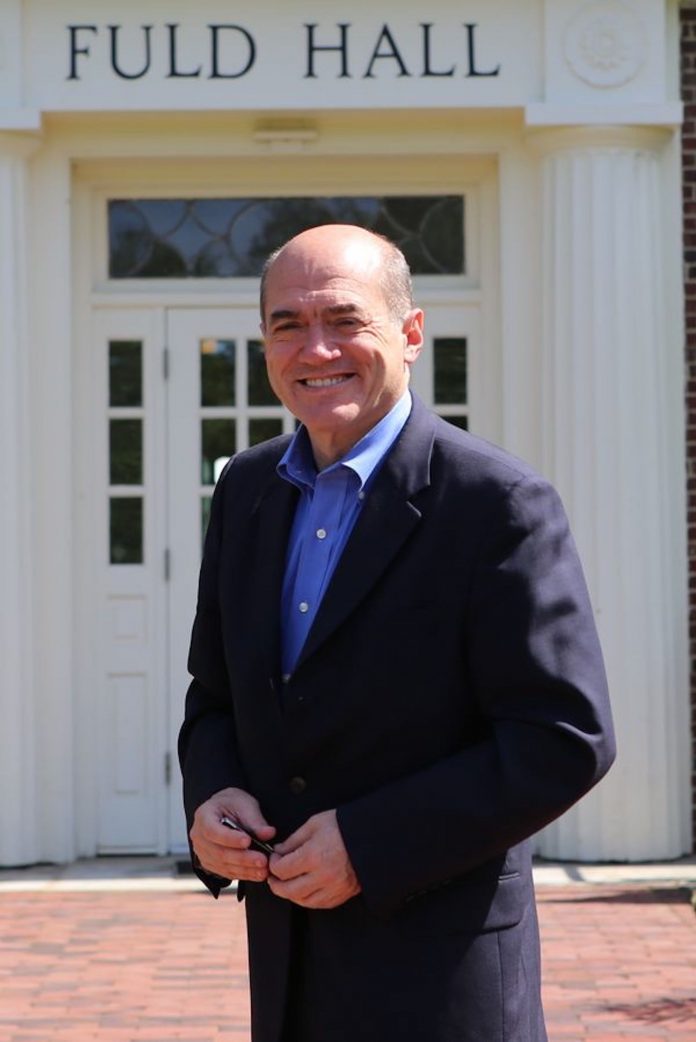 Steve Mariotti, Founder of the Network for Teaching Entrepreneurship (NFTE) announced today that his bestselling memoir, “Goodbye Homeboy: How My Students Drove Me Crazy and Inspired a Movement,” has been awarded with the NABE Pinnacle Book Achievement Award for Winter 2020 for Best Autobiography of the Year. NABE, also known as the National Association of Book Entrepreneurs, honors distinguished releases in a variety of categories.

Steven J. Mariotti is a prominent advocate for entrepreneurs and entrepreneurship education worldwide. He is the founder and former president of the global nonprofit Network for Teaching Entrepreneurship (NFTE), and the author of books, textbooks and articles exploring the transformative power of entrepreneurship for low-income communities. Mr. Mariotti’s memoir of his early career as a NYC public high school teacher, Goodbye Homeboy: How My Students Drove Me Crazy and Inspired a Movement (foreword by Wes Moore) came out on Aug. 6, 2019, published by BenBella Books, and immediately rose to #1 on Amazon. He is the co-founder of Atlas Elite Partners, a literary consulting firm dedicated to supporting authors. He also serves on the Board of Union Square Shoes in New York City.

Steve began his professional career as a treasury analyst for Ford Motor Company, before leaving the company, which was doing business with the South African Apartheid government. He later went on to found his own company, Mason Import/Export Services in New York City. In 1982, Steve left his successful business career to serve as a Special Ed teacher in some of the city’s poorest and most notorious neighborhoods. Frustrated at first by his rowdy classrooms, Steve discovered he could motivate even his most challenging students by teaching them to run a small business. This experience inspired him to found the Network for Teaching Entrepreneurship (today known as NFTE) with the mission to empower at-risk youth in creating pathways out of poverty.

Steve founded NFTE on his public high school teacher’s salary in 1987. He went on to lead teams that raised more than $150 million for NFTE’s mission over 26 years and built NFTE into the leading global provider of entrepreneurship education for low-income youth from Chicago to China. Today, NFTE operates in 23 locations in 10 countries and has served more than one million young people. Mr. Mariotti’s entrepreneurship curriculum and the NFTE program were also documented in the critically-acclaimed 2009 film, “Ten9Eight: Shoot for the Moon.”

Steve was raised in Flint, Michigan, a town close to his heart and critical to his career in business and youth empowerment. He received his B.B.A. in business economics and his M.B.A. from the University of Michigan, Ann Arbor. Mr. Mariotti has also studied at Harvard University, Stanford University, Brooklyn College and Babson College.

Acknowledged as an expert educator for low-income individuals, Mr. Mariotti was an attendee at The World Economic Forum in Davos for nine years, and is a member of the Council on Foreign Relations. He has earned the National Director’s Entrepreneurship Award from the Minority Business Development Agency, two Golden Lamp Awards from the Association of American Publishers, an award for innovation in business education from the Society of Entrepreneurial Educators, an Entrepreneur of the Year Award from Ernst & Young Global Limited, the Bernard A. Goldhirsh Social Entrepreneur of the Year Award, and the Albert Nelson Marquis Lifetime Achievement Award.

For over 37 years, NABE, the National Association of Book Entrepreneurs, has honored some of the finest independently published books on the market today. The Pinnacle Book Achievement Award program honors distinguished titles in various categories.