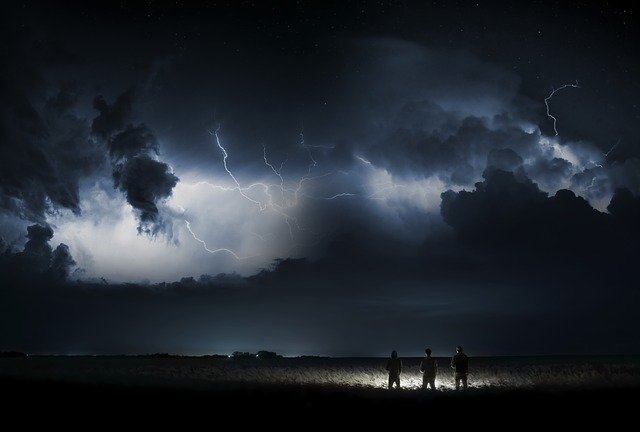 We are starting a new series in our ‘nature’ category. In the most general sense, nature is the physical, natural, or material world or universe. The study of nature is science. Observation of nature is the road to peace. Whatever we see around us is nature. Humans, animals, soil, sky- everything is a part of this mysterious tale of life- nature.

Nature can be seen, touched, tasted, felt, and yes- heard. Let’s explore the muses of life- the origins, causes, and its’ effects on our lives.

What is a thunderstorm?

A thunderstorm is a storm defined by the appearance of lightning and its acoustic effect on the Earth’s atmosphere, known as thunder.

Thunderstorms happen in a kind of cloud known as a cumulonimbus. They are usually followed by powerful winds, and often produce heavy rain and sometimes sleet, hail, or snow, but some thunderstorms create little to no rain.

What causes the sound in a thunderstorm?

The growls and rumbles we hear in thunderstorms come from the accelerated expansion of the air encompassing the lightning bolt.

The first lightning hits the ground from the clouds, and the next blow of lightning passes from the Earth to the clouds, mapping the same channel as the original strike. The heat from the exit stroke’s electricity increases the temperature of the encircling air to around 27,000 C°. Since the bolt is very fast to move from Earth to clouds and back, the warmed air has no time to expand. The scorched air is squeezed, inflating more than 10 to 100 times the standard atmospheric pressure. The squeezed and compressed air pops outward from the channel, forming a shock wave of condensed particles in every direction. Like an outburst, the swiftly swelling waves of squeezed air create a powerful, loud burst of noise.

How does the lightning Sound Effects us?

We have all heard it, right? Sitting in our balcony, sipping a coffee, and a random extraordinary sound comes out of nowhere.

Crackling and imposing and rumbling and roaring- scary? Yes, the sound of a thunderstorm probably scares us. Or maybe, it is a warning from nature. Does the sound carry a hint of what is next in store? Nature urges us to go back to our shelters before the rains, snowfalls, or hailstorms envelop the region.

The sound of thunder is an essential signal from our nature.