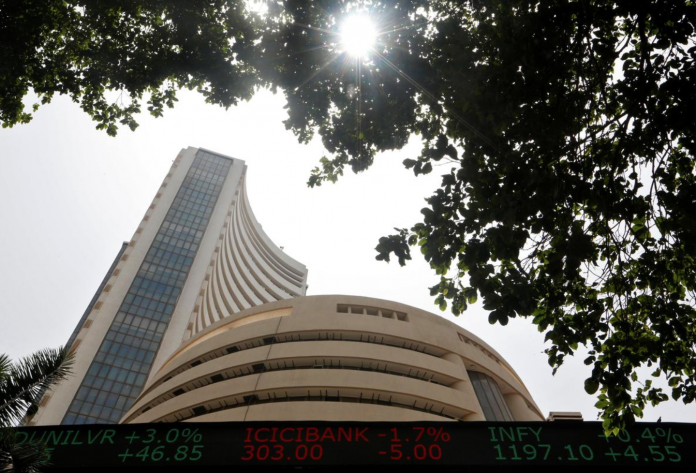 Indian shares snapped on Wednesday after five straight sessions of gains, with investor focus shifting back to surging domestic coronavirus cases as optimism around earnings waned after a handful of subdued numbers.

Hindustan Unilever was the top laggard for the day, slipping 2.1%, after the consumer goods giant reported a first-quarter profit that missed expectations.

Large shadow lender Bajaj Finance, which also reported a fall in profit on Tuesday, fell as much as 3% in early trade.

Coronavirus cases in the world’s second-most populous nation rose to nearly 1.2 million by Wednesday morning, according to government data https://www.mohfw.gov.in, alarming investors as the outbreak hit production in many sectors and squeezed demand.

Finance Minister Nirmala Sitharaman on Tuesday sought to assuage concerns around an economic slump stemming from the pandemic and said the government has “kept all options open” to help industries hit by the coronavirus crisis.

Globally, cases neared 15 million, with U.S. President Donald Trump warning that the pandemic would get worse before it got better.

“They can keep denying it, but every time they lift a lockdown, the cases are rising,” said Samrat Dasgupta, chief executive at Esquire Capital Markets in Mumbai.

“Markets are over-stretched and there is some sort of a stalling of the rally that needed to happen.”

The Nifty state-owned banking index fell 1.5% and was the top loser among sectors, followed by the Nifty auto index that shed 0.9%.

Industrial conglomerate Larsen and Toubro was down 1.3% ahead of its quarterly earnings scheduled for release later in the day.

Axis bank rose 7.13% and topped the Nifty gainers, after the lender reported better asset quality for the quarter to June and a fall in bad-loan provisioning on Tuesday.