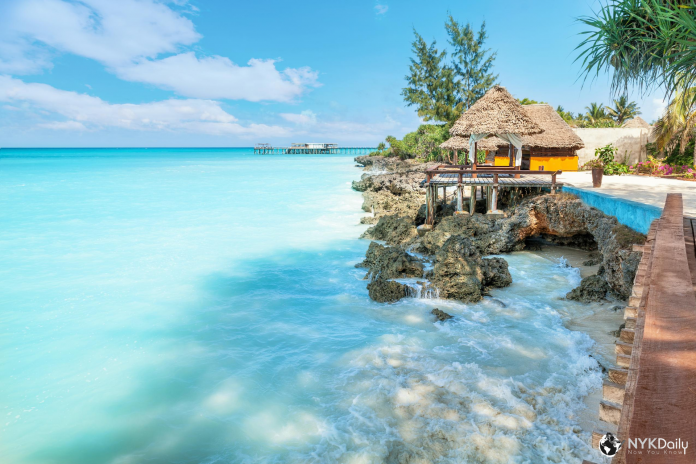 I am sure you can imagine this. You are holidaying on a beach of white sand with the quiet call of the deep blue ocean on one side and the seductive intimacy of a tropical forest on the other. Imagine unwinding on this beach, while you see elephants come in from the woods to frolic in the sun and the surf. Fancy canoeing through a deep and dense mangrove forest seeing massive crocodiles and hippos, while flocks of flamingos pass you by. That, in a nutshell, is Saadani National Park for you – a sound natural symmetry of terrestrial wildlife and marine. Saadani is one of the lesser-visited national parks in Tanzania, but it is absolutely not a lesser one.

Saadani is situated just 38 Km from the fascinating island of Zanzibar, and 140 Km from the busy Dar es Salaam. It is East Africa’s only forest park with a long coastline with the Indian Ocean on one side. Saadani had been a game sanctuary since the 1960s; recently, in 2003, it was transformed to become the latest attraction among the national parks in Tanzania. Under the management of TANAPA, its boundaries were extended to cover more than one thousand square kilometers of animal populations and vegetation.

It has only been a few decades since people began exploring the Saadani region. A few eco-community lodges and luxury safari lodges have come up within the borders of the National Park and a few others outside the limits. Communication in the area has not been standardized yet. Still, it is possible to reach the park almost all year round from Zanzibar and Dar es Salaam with chartered flights and from Dar es Salam via about a four-hour ride by car.

A lot of tourists organize visits to the other more famous national parks in Tanzania, like Serengeti. But, Saadani offers them a variety of exotic diversity that is difficult to find elsewhere. This, coupled with the fact that Saadani renders remarkably economical packages for weekend safari trips, makes it one of the most alluring getaways in East Africa.

The Saadani region is home to a diversity of wildlife, including leopards, lions, spotted hyenas, buffaloes, elephants, black-backed jackals, wildebeests, common waterbucks, greater kudu, sable antelopes, red duikers, eland, warthogs, yellow baboons, and vervet monkeys. Once you take to the Wami lake on boat safaris, you can treat your eyes to some of the most unusual varieties of the kingfishers, hammerkops, fish eagle, hippos, flamingos, green turtles, and enormous crocodiles. Adventure travel, including boat safaris, game drives, and bush walks are provided by the safari lodges.

Travelers like to nest near the beach, spending their days unwinding and canoeing and bird watching into the Wami river’s salty backwaters. In harmony with the spirit of eco-tourism nourished among the national parks in Tanzania, the officials at Saadani National Park have also maintained some of the ruins from the nineteenth century when the area was one of the major trading ports in Eastern Africa and managed a fishing village that gives tourists a chance to get familiarized with Swahili culture.