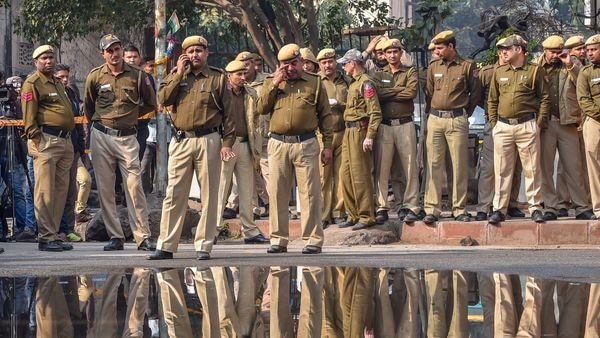 Seven bombs have been found at the Panchayat Bhawan in Bikru village during a police search that has been continuing almost on a daily basis after the July 3 massacre in which eight policemen were killed.

The bombs are crude and of low intensity.

Some of the bombs were found from the house of Vikas Dubey”s driver Daya Shankar Agnihotri who is now in police custody.

According to police sources, three police teams are conducting searches in the Bikru village, especially of houses of those connected with Vikas Dubey. The police are also checking the legality of arms with the local people.

The police want to know if the family would want to claim the body and take part in the cremation.

Sarla Dubey, mother of slain gangster Vikas Dubey, has refused to go to Kanpur or claim her son”s body for the last rites.

“I have nothing to do with my son now,” she told a police team that visited her residence.