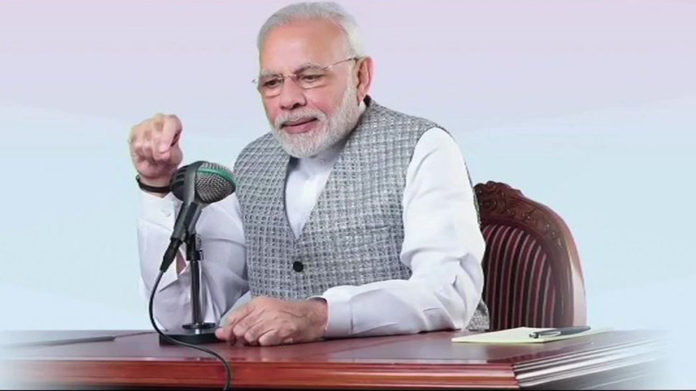 The mantra to stay relevant in the rapidly changing business environment and market conditions is to “skill, re-skill and upskill”, Prime Minister Narendra Modi told the youth on Wednesday, noting that the need for it has become more important in times of the COVID-19 pandemic.

Addressing a virtual event to mark five years of the Skill India mission, he said skill is timeless and it keeps getting better with time and it makes you different from others.

He also said that in today”s rapidly changing world, millions of skilled people are needed and there is a huge potential, especially in the health services.

The prime minister said merchant navy is another avenue which has a huge potential.

He said if we work on increasing the skill in this field, then we can give lakhs of expert sailors to the world, and can also strengthen the coastal economy of the country. The coronavirus crisis has changed the nature of jobs as well as the world culture. The ever-changing new technology has also influenced it, he noted.

Keeping in mind the new work culture and the new nature of jobs, the country”s youth are increasingly adopting new skills, Modi said in his video address.

“Several people ask me that in today”s time, business and markets change so fast that they do not understand how to remain relevant. In this time of corona (virus), this question has become even more important.

“I have only one answer. The mantra to stay relevant is — skill, re-skill and upskill,” the prime minister said.

Modi was of the view that skill is something which we gift to ourselves, which grows with experience.

“Skill is timeless, it keeps getting better with time. Skill is unique, it makes you different from others. Skill is a treasure that nobody can take away. And, skill is self-reliance, it not only makes one employable but also self-employable,” he noted.

He observed that the Skill India Mission launched five years back on this day has led to creation of a vast infrastructure for skilling, reskilling and upskilling and enhancing opportunities to access employment both locally and globally.

It has led to hundreds of PM Kaushal Kendras being set up across the country and increase in the capacity of the ITI ecosystem.

Due to these concerted efforts, more than five crore youth have been skilled in the last five years.

Referring to the portal launched recently for mapping skilled employees and employers, he stated that this would help skilled workers, including migrant workers who have returned to their homes during the coronavirus-induced lockdown to access jobs easily and the employers to contact skilled employees at the click of a mouse.

He emphasised that the skills of migrant workers would also help in changing the local economy.

“Someone is painting the school, while someone is building a house with a new design,” he pointed out.

Modi also brought out the distinction between ‘knowledge’ and ‘skills’ in his address. He illustrated this with an example – that knowing how a cycle runs is ‘knowledge’ while actually being able to ride a cycle was a ‘skill’. It is important for the youth to realise the difference between the two and their different contexts and implications, he said.