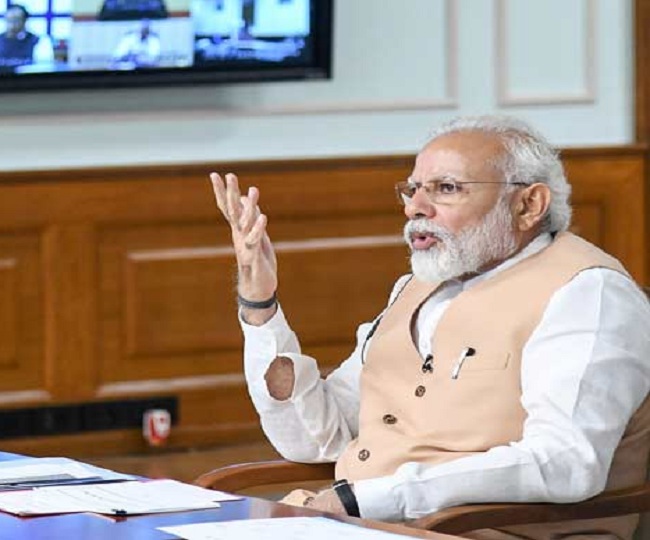 Speaking on the occasion the Prime Minister said the Rewa project will make the entire region a major hub for pure and clean energy in this decade.

He said very soon Madhya Pradesh would be the main centre of solar energy in India, as such major projects are in progress in Neemuch, Shajapur, Chattarpur and Omkareshwar.

The biggest beneficiaries of this would be the poor, the middle class, the tribals, and the farmers of Madhya Pradesh, he said.

Modi said solar energy would be a major medium for providing the energy needs of an aspirational India in the 21st century.

He described solar energy as one which is ”Sure, Pure & Secure”. Sure because of the continuous supply of energy from the Sun, Pure as it is environment friendly and Secure because it is a secure source for our energy needs.

He said the economy is an important aspect of self-reliance and progress.

Referring to the regular dilemma whether to focus on economy or ecology, Modi said India resolved such dilemmas by focussing on solar energy projects and other environment friendly measures.

Modi said Economy and Ecology are not contradictory but complementary to each other.

He said in all the programmes of the government, priority is being given to environmental protection as well as Ease of Living. He referred to programmes like Swachch Bharat, supply of LPG cylinders to the poor households, the development of CNG networks as ones which focused on Ease of Living and improving the lives of the poor and the middle class.

The Prime Minister said that the government is making sure that the befits of clean energy reaches every corner of the country, every section of society, every citizen. He elaborated this with an example of how the introduction of LED bulbs has reduced the electricity bill. Nearly 40 million tons of carbon dioxide is prevented from going into the environment, due to the LED bulbs. He said this also reduced the electricity usage by 6 billion units and accrued a saving of Rs 24,000 crore to the exchequer.

Modi said India’s exemplary progress in the field of solar energy would be a major source of interest to the world. He said owing to such major steps, India is being considered as the most attractive market of clean energy.

The Prime Minister said that the International Solar Alliance (ISA) was launched with the motive to unite the entire world in terms of solar energy. He said the spirit behind it was “One World, One Sun, One Grid”.

The Prime Minister expressed confidence that Madhya Pradesh”s farmers will also make use of the government”s KUSUM scheme and will install solar energy plants in their lands as an additional source of income.

He expressed the hope that very soon India will be a major exporter of power.

He said work is progressing rapidly in this direction and the government is encouraging the industry, youth, MSMEs and start ups to not miss this opportunity and work for production and betterment of all the inputs required for solar energy.

Referring to the ongoing crisis owing to COVID-19 pandemic, the Prime Minister said for either the government or the society, compassion and vigilance are the greatest motivators to tackle this difficult challenge. He said right from the beginning of the lockdown the government ensured that the poor and needy are assured of supply of food and fuel. He said with the same spirit, the government decided to continue the free supply of food and LPG till November this year, even during the phase of Unlock.

Not only this, the government is also giving full contribution to the EPF accounts of millions of private sector employees. Similarly, through the PM-Swanidhi scheme, those who have the least access to the system are benefitted.