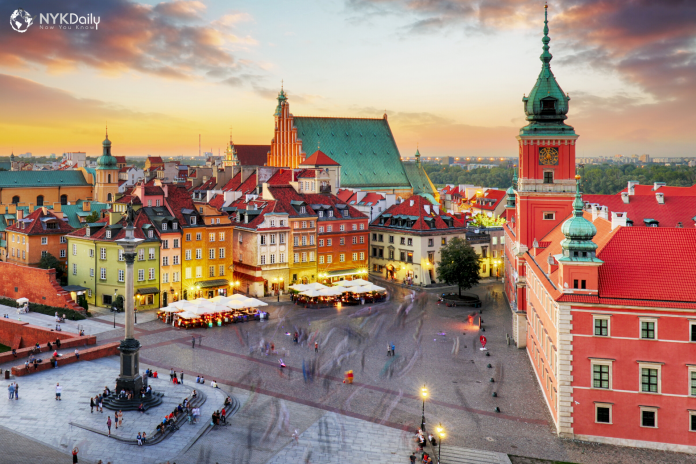 Polish beaches and cities are voted as some of the safest in Europe for a 2020 summer holiday amid coronavirus. From historical towns to snow-capped mountains, Poland has it all.

The countryside, cities, and villages are lively and welcoming. There is a complete stock of things to do for those exploring a trip including horseback riding, skiing, hiking, camping and so much more.

Settled on the Baltic Sea, Poland has exceptional beaches to savor during the summer. Beaches have pure sand and shallow waters that are ideal for exploring with children. A wholesome blend of lakes and rivers throughout the countryside gives adventurers a chance to canoe, kayak, or white water rafting throughout beautiful natural landscapes.

Snuggled in the hills or by the sea, you will also find many spas and resorts with natural springs. There is so much to see and do, but if you aren’t satisfied yet, here are some of the best spots to travel while in Poland.

Poland’s capital city is the standard entry point for many tourists and boasts over a million residents. The most explored area is by far the Warsaw Old Town, which is made up of six distinct districts, all of which are trendy, historic, and charming all at the same time. Bombed during World War II, the Warsaw people have spent the last eight decades coming back from the collapse. Restored from the ashes, the city is now vibrant and modern while coupled with Polish culture.

Traverse the town’s roots along Nowy Swait Street, and you walk among the colorful houses and buildings of the Old Town. You will find the medieval St. John’s Cathedral, which has music and festivities in the hotter summer months. Eventually, you’ll find yourself in the central Old Town Square that dates back to the 15th century, including the small houses surrounding the square. You’ll find lots of restaurants, shops and sidewalk to dig as you explore as well. Walk along the Royal Route to the Wilanow Palace and the Royal Castle along with picturesque museums and parks.

A much lesser-known gem of Poland’s historic lower Silesia region is the city of Wroclaw though it is not to be missed. The town itself has seen a rough past with both the Soviet Union and the Nazi party claiming the city. However, now the city has long since come back and is deemed a highlight of the nation of Poland. See the Rynek or the most significant central square in Europe around which city life has revolved for centuries. You’ll find the medieval Town Hall that also holds the city’s museum. Tour the Royal Palace and its traditional museum. The city is full of magnificent parks and gardens, making it exceptionally pleasant to visit in the spring and summer months with the wildflowers in bloom. Stroll along the ancient Salt Square, which is now a flower market as well. There is no shortage of things to do, and you can find operas, theatres, and music festivals. In May and July, you can take part in the International Film Festival, and the Festival of Good Beer. Wroclaw is often designated the city of monuments as people pay respect to their city’s long history. The fountains and statues make the town an exciting and enchanting place.

Drawing thousands of tourists because of its creative energy and historical relics, Krakow’s second-largest city should not be avoided. Tour the Royal Route with its castle and lovely cobblestone streets. Make sure to see the imposing medieval fortification, the Barbican, whose gigantic walls used to shield the city and its residents.

No trip to Poland would be complete without a stop at the foundation of the Polish culture. Poznan has a global flair and ancient history. Here the first king of Poland was crowned in the 11th century. You can find a cache of parks, gothic cathedrals, squares and old streets. See the Renaissance-era Town Hall or the medieval city castle called the king’s last palace with the Lion Fountain in the court.

What to eat in Poland?

Here are the top 4 things you must try here.