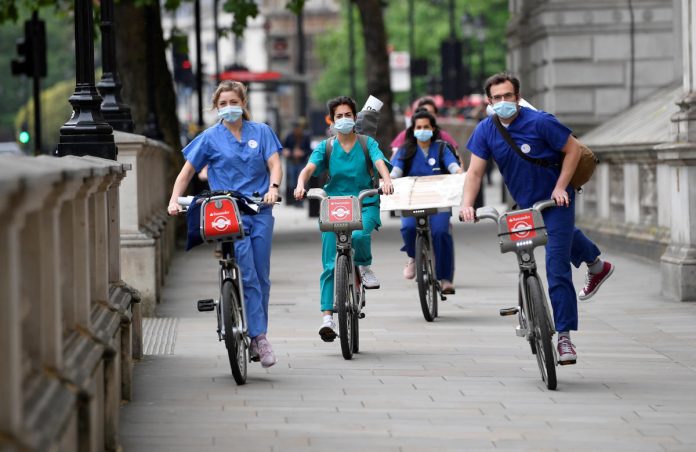 Almost 900,000 public sector workers in the UK will get an above-inflation pay rise for their work on the frontline of the coronavirus pandemic, the Treasury announced on Tuesday.

According to the announcement, teachers and doctors will receive the largest increase at 3.1 per cent and 2.8 per cent respectively, the Metro newspaper reported.

Police, prison officers and National Crime Agency staff will be given a 2.5 per cent rise in pay and members of the armed forces will receive a 2 per cent uplift.

Meanwhile, members of the judiciary and senior civil servants will also see their pay topped up by 2 per cent, the Treasury said.

However, council workers and job centre staff, who have been dealing with a surge in millions of universal credit claims, will not see their pay increase, it added.

Chancellor Rishi Sunak said the workers made a “vital contribution” to the country.

“These past months have underlined what we always knew, that our public sector workers make a vital contribution to our country and that we can rely on them when we need them,” the Metro newspaper quoted Sunak as saying.

“It’s right therefore that we follow the recommendations of the independent pay bodies with this set of real-terms pay rises.”

The Treasury also said that pay awards for the armed forces, prison officers, senior civil servants and NHS staff will be backdated to April, whereas the pay rise for police and teachers starts in September due to those professions operating on a different pay schedule running from September to August.