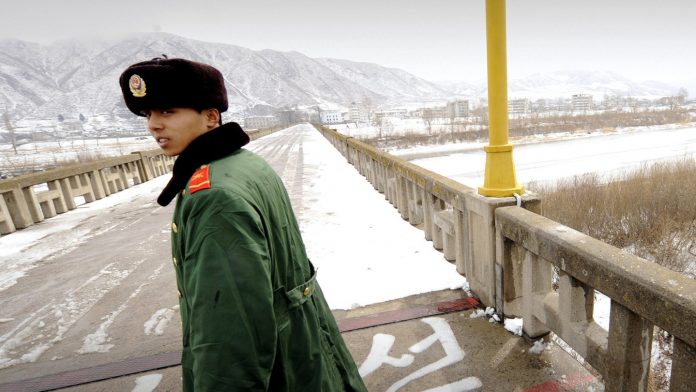 The number of North Korean defectors arriving in South Korea hit an all time low in recent months, as border restrictions from the coronavirus pandemic made movement more difficult, the South’s Unification Ministry said on Wednesday.

Twelve defectors were recorded as arriving in South Korea from April to June this year, compared to 320 in the same quarter a year before, according to the Unification Ministry, which handles affairs with the North.

The number is the lowest since 2003, when the ministry began recording defector arrivals by the quarter, Yonhap news agency said.

Ministry spokesman Yoh Sang-key said the sharp fall in defector arrivals was primarily because countries bordering North Korea have closed their borders due to coronavirus concerns.

“A more professional analysis is needed, but for now the decline in the number of incoming defectors appears to be affected by the shutdown of borders in neighbouring countries after the coronavirus outbreak emerged, which made it difficult for people to travel,” he told a regular briefing.

Relations between South Korean President Moon Jae-in’s administration and many in the defector community have been strained in recent years.

After North Korea complained about defector-led groups that send propaganda leaflets and aid into the North, Moon’s government said it would take legal action against two groups.

This week police questioned the defector leaders of the two groups, after having raided their offices last week.

The South Korean government also says it is planning to significantly cut funding for defector resettlement programmes, but Yoh said that was only because of the expected drop in arrivals.

North Korea has not reported any confirmed cases of the new coronavirus, but it imposed a strict border closure and quarantine programme.

American and Japanese government officials have cast doubt on those claims, but one diplomatic source said that whatever the truth is, Pyongyang appears increasingly confident that it has the situation under control.

Border traffic in goods appears to have increased and some once-scarce imported foods have reappeared in Pyongyang supermarkets, the source said.