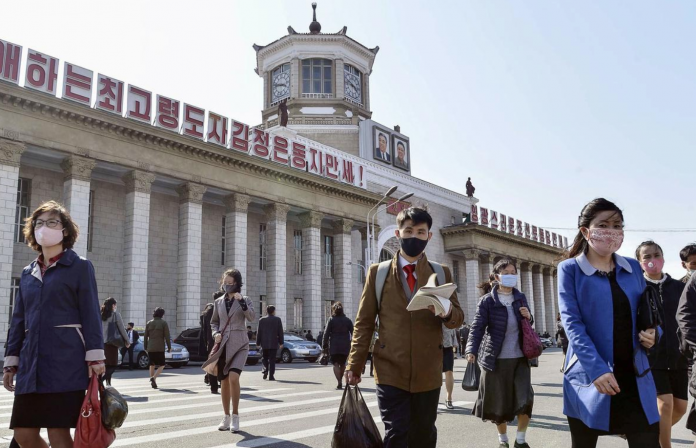 North Korea introduced tougher prevention measures against the novel coronavirus on Tuesday, state media reported, after it locked down the border town of Kaesong to tackle what could be its first publicly confirmed case of the respiratory disease.

Strict quarantine measures and the screening of districts were in progress, and test kits, protective clothing, and medical equipment were being rapidly supplied, the North’s KCNA state news agency said.

The measures come after North Korean leader Kim Jong Un declared an emergency on Sunday after a person suspected of being infected with the virus returned from South Korea.

North Korea had reported testing 1,211 people for the virus as of July 16 with all returning negative results, the World Health Organization (WHO) said in a statement sent to us on Monday. The report said 696 nationals were under quarantine.

Primers and probes for machines capable of facilitating 1,000 tests have arrived in North Korea, WHO said. There are 15 laboratories designated to test COVID-19 in the country.

North Korea has a limited healthcare system with hospitals that lack adequate electricity, medicine, and water. It has long depended on the WHO to procure drugs as sanctions against the country made imports difficult.

In the past months, it received test kits and protective gear from the WHO and countries including Russia, but some of these were held up at the border because of the country’s own restrictions.

North Korea said earlier this month it has started early clinical trial on a vaccine for the virus, but experts are sceptical.

The country lacks the technology or laboratories to develop COVID-19 vaccines, said Choi Jung-hun, a former North Korean doctor who defected to the South in 2012.

“North Korea wasn’t even capable of testing people just until three or four months ago,” said Choi, now a researcher at Korea University. “It is groundless for them to claim they are enrolling participants for human trials of COVID-19 vaccines.”