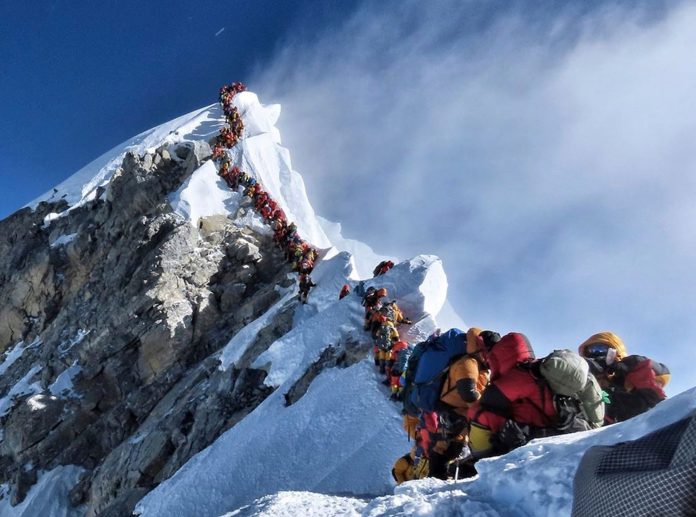 Nepal has opened Mount Everest and other Himalayan peaks from Thursday after a a nearly 5-month closure due to the COVID-19 pandemic, according to a Tourism Department official.

All spring season expeditions that usually last from March to May were suspended in the wake of the pandemic, reports Xinhua news agency.

The government had halted the issuance of climbing permits for expeditions and cancelled issued permits for the spring season 2020 on March 13.

An expedition to Everest usually takes 45 to 90 days, a short climbing window, depending on favourable weather, and generally falls after mid-May.

“The mountains are now open for mountaineers and the department has started issuing climbing permits starting today (Thursday),” said Mira Acharya, director at the Department of Tourism (DoT).

The country has opened 414 peaks for mountaineering purposes.

In line with the relaxation on economic activities, the government has allowed hotels, restaurants, trekking and mountaineering services to resume operations from Thursday.

Nepal bags more than $4 million as royalty from climbers annually.

The DoT collects $5,500 as climbing permit fee for Mount Everest’s normal route and $5,000 for the other route uring autumn.

As the country is gearing up to resume international flights, it is expecting tourists for the autumn season.

“The quarantine modality is still under discussion because of which we are unable to project the flow of climbers into the country,” Acharya told Xinhua.

The Himalayan nation has so far reported 19,273 coronavirus cases, with 49 deaths.