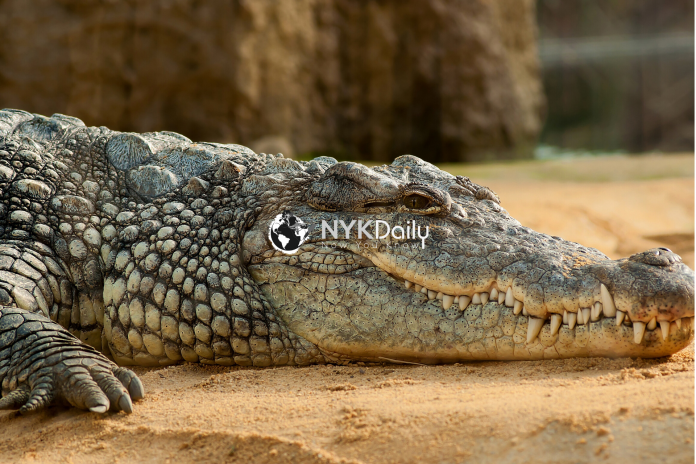 Negligible senescence, a term coined by Biogerontologist Caleb Finch, indicates organisms that do not exhibit biological aging (senescence), such as restricted reductions in their reproductive ability, measurable functional decline, or increasing death rates with aging.

Crocodiles are giant semiaquatic reptiles that live throughout the tropics in Asia, the Americas, Africa, and Australia.

Ageing is the phenomenon of becoming older. In humans, ageing mirrors the collection of changes in a human being over time and can include psychological, physical, and social changes. For example, reaction time may slow with age, while understanding of world events and enlightenment may increase. Ageing is among the most notable known risk factors for most human diseases: of the roughly 150,000 people who die each day globally, about two-thirds die from age-related causes.

The reasons for aging are uncertain; current hypotheses are attributed to the damage concept. The pile of damage (such as oxidation of DNA) may cause natural systems to fail, or to the estimated ageing concept, whereby internal processes (such as DNA methylation) may cause ageing.

In order words, ageing is inevitable. We witness our hair and our skin age with time. We also see our cars getting older, our clothes losing their color and outdated gadgets. There is nothing immortal in the real world, and it exists only in movies.

Age has no impact on them. Crocodiles grow large with age. But they do not die due to ageing like humans. A 70-year-old crocodile can be as active as a 7-year-old! In other words, crocodiles exhibit negligible senescence.

Does this invalidate or challenge our assumptions about life? Are they immortal?

Crocodiles keep growing in size throughout their lifespan and their body demands more and more meat. When that quantity of food is not available, they die from starvation. That is why we don’t see 2000 year old crocodiles that are 100 feet long. Nature has a way of killing them.