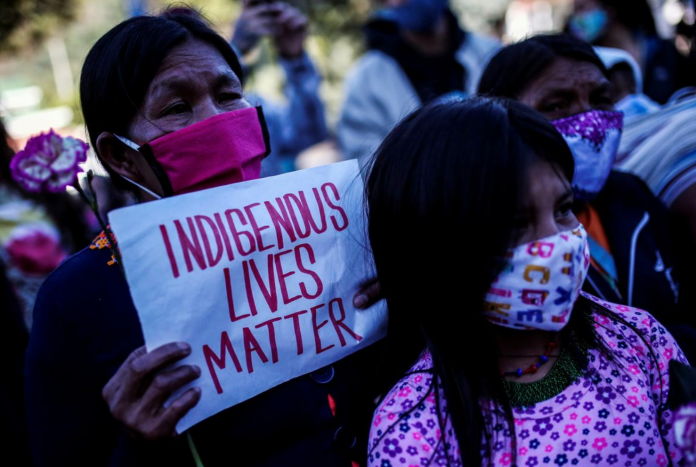 At least 118 members of the Colombian army have been investigated since 2016 for alleged involvement in sexual abuse against minors, the head of the army said on Wednesday, amid accusations of sexual violence by soldiers against young girls.

Of the 118 soldiers and army officials, 45 were fired, while the remaining 73 are facing criminal and disciplinary investigations by the attorney general and procurator’s offices, General Eduardo Zapateiro told a virtual news conference.

The army has “zero tolerance” for sexual abuse by those within its ranks Zapateiro said, referencing figures from an army review going back four years.

Seven soldiers were arrested last week for alleged sexual abuse of an indigenous girl in Risaralda province. All seven men and three of their superiors have been fired, while two higher-up officials have been re-assigned.

Another case – that of a young girl allegedly sexually abused by various soldiers while being held at an army site in jungle Guaviare province for several days without food or water – emerged over the weekend.

“No Colombian soldier is trained within the institution to attack the human rights of boys, girls or adolescents,” he said.

“I will not tolerate any type of conduct distant from ethical principles, moral values and good customs,” Zapateiro said. “There are no second chances.”

The general did not specify how many cases the 118 officials are involved in or discuss allegations of sexual harassment made by women soldiers in recent months.

The Colombian army has 240,000 members and leads the country’s fight against leftist guerrillas and crime gangs founded by former members of right-wing paramilitary groups.

The army has long been accused by victims and human rights groups of rights violations during Colombia’s more than five decades of internal conflict.