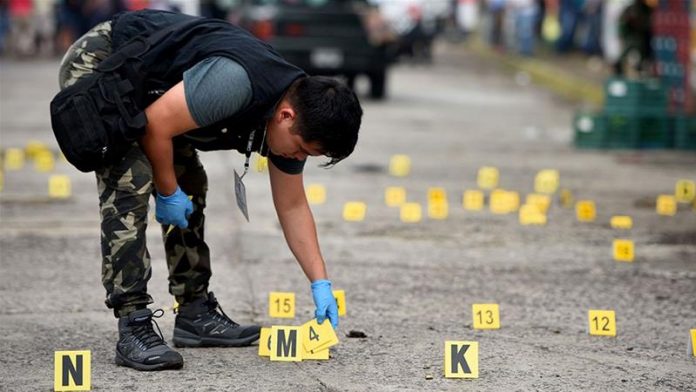 Murders in Mexico edged up to a new record high in the first half of 2020, despite easing during the last few months, preliminary government data showed on Monday.

Mexico has been blighted by gang violence for many years, with successive governments failing to tackle the problem. According to the latest data available, more than 34,600 murders were registered last year, a record.

President Andres Manuel Lopez Obrador promised to reduce the violence with a new strategy after taking power in December 2018, but homicides have continued to tick up.

In the first six months of 2020, there were 17,439 murders, a 1.7% increase on the same period last year, according to figures presented by Security Minister Alfonso Durazo at a regular news conference with Lopez Obrador.

While murders fell in June by 2.2% compared with the previous month, the third consecutively monthly drop, Durazo conceded the figures remained “very high in absolute terms”.

Murders of women because of their gender, categorized as femicides, increased more swiftly during the first six months, rising by 9.2% from last year to 489, the figures showed.

Bringing about a lasting reduction in Mexico’s murder rate would take time as the government works to tackle poverty and other root causes of crime, Durazo noted.

Still, other serious crimes, including kidnappings and robbery, have fallen during the coronavirus pandemic.