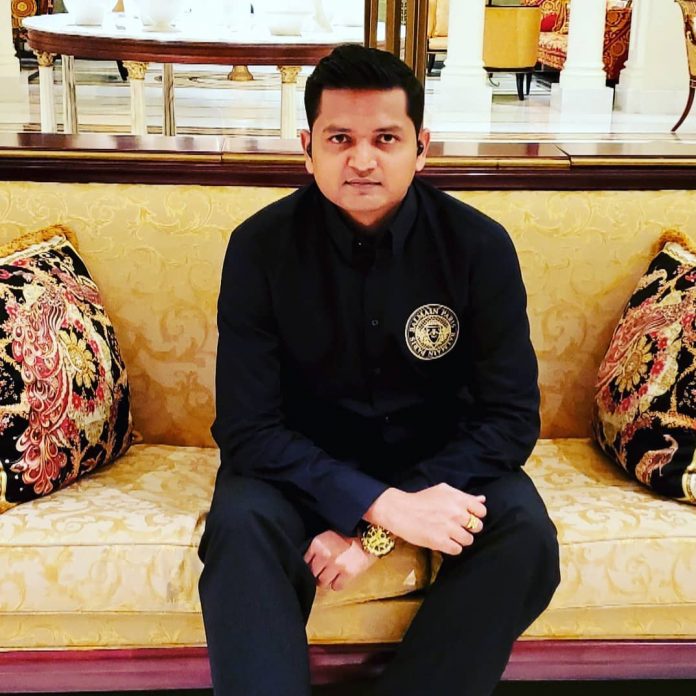 Harshul started his business at the age of 21 while he was still in the second year of college. During this time, his family was facing some financial struggle, and that motivated him to start his own business to support his family.

In 2008, He started his business, “Freedom Computers” in Daman (U.T.), India. His company mainly provided computer sales and service. But, He wanted to expand and add more services. In 2009, He changed his company name to “VIVID IT SOLUTIONS” and extended the services they provided.

As he was new in the game, initially, it was very tough for him to get customers. Clients were skeptical about his capability of providing the services, they looked at him as a young incapable college boy, and most of the time, they rejected his quotations. So, he started providing services to small companies; he offered them IT solutions and Web designing services.

A few schools and some industrial clients gave him a chance to prove himself, and he didn’t let this opportunity go. Harshul came through, and the clients appreciated his work. They started referring to him, and this was the time VIVID IT SOLUTIONS started growing. Competitors started noticing VIVID IT SOLUTIONS, but they made the same mistake, thinking he was a college boy and resisted to accept him as their competitor.

In 2010, He managed to most of the hot deals of “THUNDERBIRD RESORTS” and project name was DAMAN HOSPITALITY PRIVATE LIMITED (now known as “THE DELTIN” DAMAN). He provided them the IT & Web Solutions.

After getting this deal, people started noticing VIVID IT SOLUTIONS, and he establishes himself as a strong competitor in the market. He only aimed at delivering service and quality products on time. VIVID IT SOLUTIONS was getting big projects; because of that, he awarded and got registered as DELL Preferred Partner.

But from here, It wasn’t a smooth road for him; he had to face challenges every day. He had to bear losses sometimes, but he never gave up or quit and keep working on his dream to become a successful entrepreneur.

Harshul has always dreamed of opening his own brand clothing company, and he was very determined about it. In 2015, He did start his own clothing company, “KONGE’S FASHION INDIA PRIVATE LIMITED.” He started building a store in Vapi. But, because of negative influences from people around him, he wasn’t able to start Konge’s fashion in full fledge the way he wanted.

In 2017, He decided to move to Dubai with a core reason, to expand his business there. He set-up VIVID IT SOLUTIONS branch in Dubai and this was a pick period for him, as in turned out there was no VAT software available in the market of UAE. They were the only company having VAT enabled software, so they didn’t have to market their product and services. The best part is, there was not any competition. As soon as the UAE Government implemented VAT, they just went into the market and started selling the software. As there was not any competition at least for one year, they sold the software at an attractive price. For a year, Harshul enjoyed the royalty of being the only VAT software provider. But, the next year people came with much cheaper software, and they had to decrease the prices.

Apart from IT solutions, He also started FOREX Trading, which has a significant impact on his life.  Initially, he lost almost 30000 USD, but he didn’t give up and was now keener to learn and get back his money from FOREX. And he learned from his mistakes, and now he is doing good in forex trading from last one year and never cut trade in the loss as he has learned the concept of hedging.

He expanded his business from IT to Hospitality, a Clothing brand, and a Night Club, “Club Boudoir” in Dubai in just three years.  KONGE’S FASHION is expanding more as they are opening multiple stores in India as well as Dubai.

“The Journey was not easy, but you just need to eliminate negative people from your life to achieve your goals and stay happy always, so everything will keep on going good around you.”

I learned one more thing,

“Think first for yourself before helping others. People will use you if you don’t think of yours.”