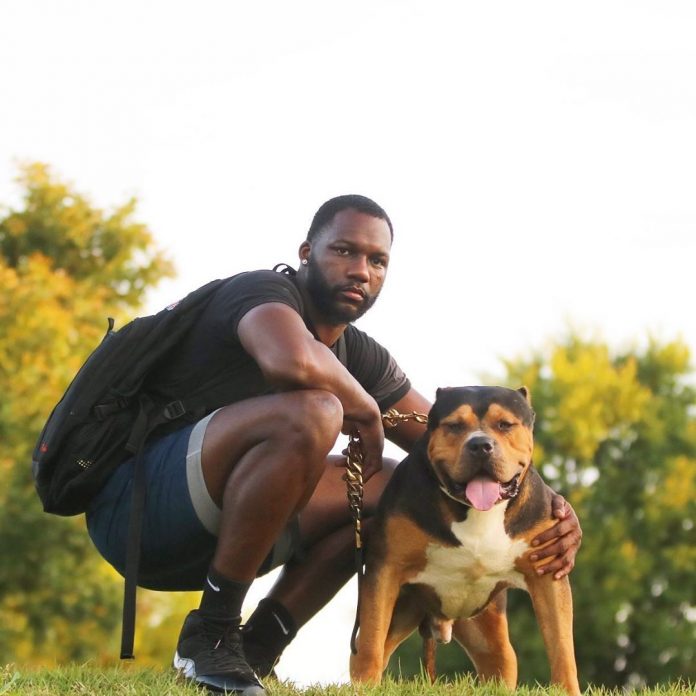 “A dog is the only thing on earth that loves you more than he loves himself.”

Professional basketball player Alandise Harris brings his best in all he does. When he’s on the court, he’s producing great results for Astrum Levice. And when he’s off the court, he’s raising some of the best American Bullies and American Pitbull Terriers the kennel world has seen.

Harris is the founder and owner of BurrnationK9s, a dog breeding and raising program that develops top-notch XL American Bully & XL American Pitbull Terriers. They thrive on producing studs marked for being the most prominent, best structured, muscled up, and colorful Pitbulls around.

Over the years, Pitbulls have grown a massive amount of following and love even to some well-known people from presidents to notable personalities and television stars. This list includes presidents Teddy Roosevelt, Woodrow Wilson, Helen Keller, Thomas Edison, Brad Pitt, Serena Williams, and many more.

Harris started his dog breeding venture in 2015 when he established Burrnation huskies. A year after, they shifted to focus on breeding American Bullies and American Pitbull Terriers. The company was rebranded as Burrnationk9s.

At the helm of the program is Harris, a professional athlete who has been playing for European teams since 2017. He’s played with three pro teams- Alba Fehervar, Zalakeramia ZTE KK, and, most recently, Astrum Levice. In his pro ball stretch, the 29-year-old six-foot-six shooting guard has averaged a total of 7.8 points, 5.1 rebounds, and 1.6 assists. His best year came when he played with Zalakeramia ZTE KK, where he carved in an average 17 points, 6 rebounds and 2 steals at a 50 percent field goal percentage per game.

As an athlete and entrepreneur, Alandise has had the privilege of working closely with well-known rappers, NBA players, NFL athletes, and some of the fashion industry’s most sought-after models.

On top of his basketball career, Harris also runs and owns BurrnationK9s. He started the kennel back in 2015 and originally called it Burrnationhuskies. In 2016, the company made a vital shift to focusing on American Bullies and American Pitbull Terriers and was then known as BurrnationK9s.

The program started with two studs who were products of Darkdynastyk9s and xxldesignerptbulls, other notable names in the dog breeding industry. Those two dogs were Magneto and Azul Ice. Magneto was the child of Darkdynastyk9s’, The Hulk, who weighed a whopping 183 pounds. Azul Ice’s parentage goes back to Azore, registered at 200 pounds. In the first year of operation alone, Magneto sold over 6 figures in studs. Since the beginning, BurrnationK9s has not purchased additional dogs and has developed from those two alone.

From those two Pitbulls, BurrnationK9s was able to raise healthy and well-raised Pitbulls. Some of their successful breeds include 142-pound Champion Chics Dig It and 2-year-old Mr. Kickin Drip, who weighed 140 pounds and was 23 inches in height. In the weight category, BurrnationK9s’ most successful stud has to be Ellis Da Demon Recka, who weighed in at 219 pounds.

BurrnationK9s is known for being one of the top breeding programs in the nation as it has trumped in the categories of production, consistency, revenue, health care, and dollars put back into the program. But what the company prides itself on is having a love for their products. They share that in BurrnationK9s, every Pitbull terrier is considered a child and receives only the best care and treatment possible.

The program also offers training services and covers everything from basic obedience up to protection training. And while this is a challenging task, the company takes on the challenge of sharpening the biggest XL American Bully & XL American Pitbull Terriers the world has ever seen.