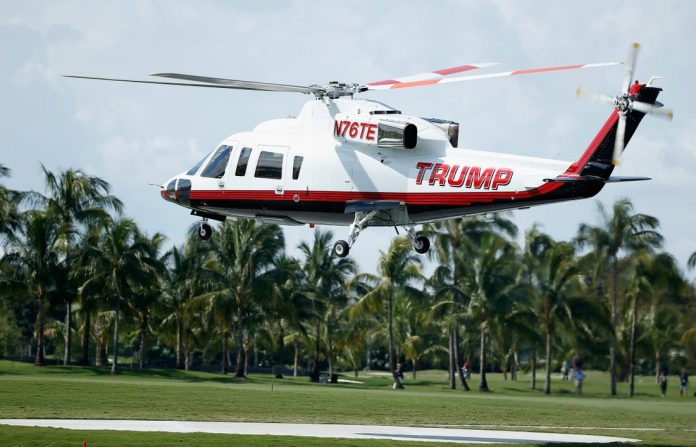 The Marine, assigned to Marine Helicopter Squadron 1, was tested on Tuesday and received the positive result on Thursday, according to POLITICO, citing Marine Corps spokesperson Captain Joseph Butterfield.

The squadron was informed of the positive test on Thursday, ahead of Trump’s planned travel to Bedminster, New Jersey this weekend, Butterfield said.

The squadron is sanitizing all its aircraft and beginning the process of contact tracing, Politico reported.

“No impact is expected” to the Bedminster trip, Butterfield added.

A White House official confirmed to Politico that the Marine “had no contact with the president or any administration personnel.”

The news emerged a day after two White House executive offices closed their cafeterias because an employee tested positive for coronavirus.

Several White House officials and others in close proximity to Trump have previously tested positive for coronavirus.

The White House recently ended regular temperature checks for all those entering the White House complex but those who will come into close contact with Trump are still given rapid tests.

Earlier this week, Trump contradicted White House press secretary Kayleigh McEnany on her claim that he sometimes take more than one test a day.

“I didn’t know about more than one. I do take probably, on average, a test every two days, three days,” Trump told reporters during a White House press briefing on Tuesday. “I don’t know of any time I’ve taken two tests in one day, but I could see that happening.”