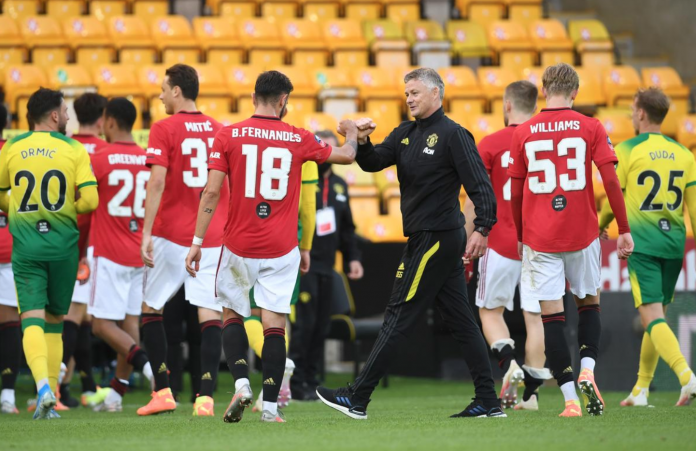 Manchester United manager Ole Gunnar Solskjaer described striker Mason Greenwood as a “special talent” who needs to be nurtured, after the teenager scored and provided an assist in Tuesday’s 3-0 Premier League win at Brighton & Hove Albion.

Greenwood fired United ahead from a jinking solo run capped by a crisp low shot inside the near post, before delivering an inch-perfect cross for Bruno Fernandes to volley home in the second half.

It was the 18-year-old Greenwood’s sixth league goal in his breakthrough season — the most by a player aged 18 or under in a single Premier League campaign since Wayne Rooney netted nine goals for Everton in 2003-04, according to Opta stats.

“He’s a special talent, a special kid we’re going to look after and try to develop into a top player,” Solskjaer told a news conference.

“He’s doing well now but he’s still young and has things to learn. He knows that, but we have a special talent there we have to nurture. He’s getting better. You can see clearly that he’s maturing and improving, he’s 18 so we will see more from him.”

Greenwood’s overall tally for the season stands at 13, six behind the club’s joint top-scorers Marcus Rashford and Anthony Martial as Solskjaer reaps the rewards of showing faith in young players following the departure of Romelu Lukaku to Inter Milan.

Solskjaer said that he was also impressed by Greenwood’s contributions off the ball.

“He played fantastically… we know when he gets his face up and looks forward that he’s dangerous, but his hold-up play, general play and link-up play was great,” Solskjaer told United’s website.

“He’s developing into a fine player… one of the better ones I’ve seen, to be fair.”