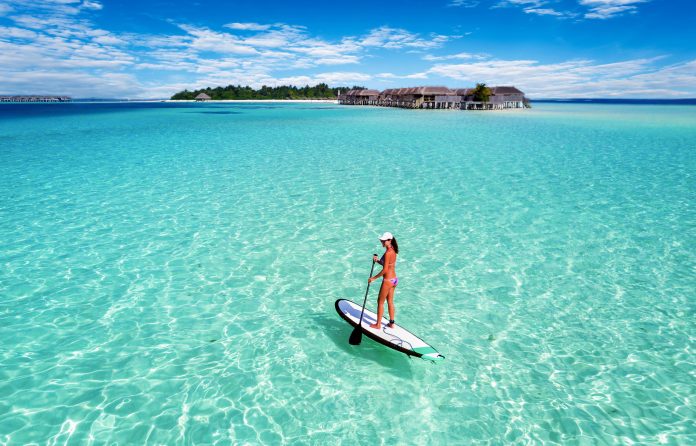 Lockdown restrictions on travel and congregational prayers were eased in the Maldives on Wednesday as the island-nation moves toward a post-COVID-19 “new normal”.

As of Wednesday afternoon, congregational prayers at mosques in the greater Male region were allowed for the first time since they were banned on March 18 in order to contain a large cluster of infections in the city, reports Xinhua news agency.

Mosques in the region were closed by the Ministry of Islamic Affairs on April 15 and re-opened on June 15.

Flag carrier, the Maldivian will resume domestic flights on Wednesday after flights were suspended with the imposition of a lockdown in April.

Passengers must obtain permits issued by the Health Protection Agency (HPA) before embarking.

People departing from Male, the epicentre of the local outbreak, must undergo home quarantine for 14 days before flying.

State-owned Maldives Transport and Contracting Company (MTCC) has announced that ferry services between the islands of Male, Villimale, Hulhumale, Thilafushi and Gulhifalhu will resume their pre-lockdown schedule starting Wednesday.

Ferry services were suspended on April 15 and resumed under a new schedule on May 28.

The Ministry of Tourism has published guidelines to ensure the health and safety of all stakeholders.

Meanwhile, a State of Public health Emergency which grants the Director General of Public Health special power to isolate or quarantine individuals has been extended until July 14 following a circular from the Ministry of Health.

The lockdown was first imposed on the greater Male region following the detection of community transmission of COVID-19 in capital Male on April 15.