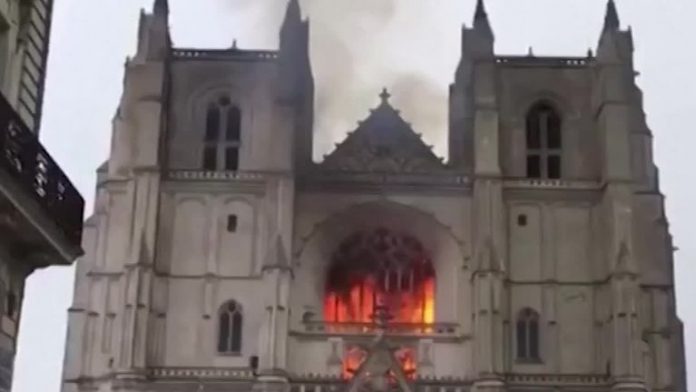 A fire broke out on Saturday at a 15th century cathedral in the French city of Nantes, authorities said, adding that the blaze has now been contained.

Images from the scene showed a substantial fire and smoke billowing from inside the Saint-Pierre-et-Saint-Paul cathedral, the BBC reported.

The cause of the blaze is not known.

It comes only a year after the devastating fire at the cathedral of Notre-Dame in Paris, one of France’s greatest architectural treasures.

However, the local fire service said the damage in Nantes was not on a comparable scale.

“The damage is concentrated on the organ, which appears to be completely destroyed. The platform it is situated on is very unstable and risks collapsing,” the BBC report quoted local service chief Laurent Ferlay as saying to the media.

This is not the first fire at the cathedral.

It was damaged by Allied bombing in 1944, during World War Two, and then in 1972, its roof was largely destroyed.