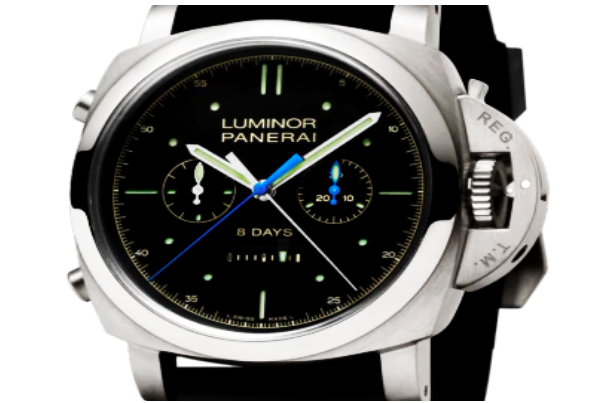 Panerai has a long-lasting history with its roots in making high-quality military watches. The brand is known for making high-quality complication based luxury watches for years and still have a huge number of followings. Many out-class models were launched by the company.

Basically, Panerai has a tradition in making high-quality timepieces, that’s what it does.

To pay tribute to the 1950’s original military watches, Penari introduced a version Luminor 1950. Some of the exclusive models from the 1950s also feature a tourbillon, GMT function, and chronograph (flyback) which are very rare in luxury watches and need a level of mastery in manufacturing timepiece.

Panerai changes the way how military watch is represented and set the standards of optimal quality and precision. In addition to the military, the 1950 collection has also a huge number of fans following in the holly wood, Many celebrities like this timepiece including a famous actor Sylvester Stallone. Daylight and Expandables are two of his movies in which he was wearing a Luminor 1950, it was not the factor the watch was sponsored by the company but he himself bought it and wore it represents how valuable it is.

The Panerai Luminor 1950 collection contains many complicated and high-class models inspired by its roots in the military, many watches from this series is an exclusive edition of Panerai.

The TRANSAT CLASSIQUE 2012 is an extremely exclusive version in the 1950 series features an 8-day power reserve powered by optimal precision-based caliber P.2006/3 caliber. This timepiece is simply a piece of art. The hypoallergenic titanium-based case is one of the most durable and elegant cases developed by the company which is extremely scratch and shockproof. That’s why Titanium is used to make aeronautical panels and other military-based equipment.

Only 99 units of this exclusive and limited versions were launched.

This timepiece is designed to withstand under extreme pressure and magnetic field as it is a military watch, so it has to be robust enough to be a constant ally of a soldier throughout his mission.

This is one of the most durable and accurate movements manufactured by the brand featured in this timepiece. The idea of a single-button chronograph is taken from p 2004 caliber over which the hand-wound mechanism is embedded. Another trigger is embedded at 10 o’clock which controls seconds function. This movement features a long-lasting 8 days power reserve and also there is an indicator showing the power reserve by a linear line on the dial which is minimalist designed with the caliber and then fine-tuned all the parts within the case,

The Glucydur balance mechanism offers an extreme level of accuracy of the timepiece over long-lasting time it is.KIF Perachoc certified shockproof device.

The caliber is consists of 356 individuals pieces, these are fine-tuned within a single case and are tested through different stages before fine tuning to ensure the robustness, longevity, and durability.

The dial is finely manufactured by using cutting edge technology. The enhanced luminescent material is covered over the dial for an extreme level of legibility, Dots and markers are covered with luminescent material. Splitting seconds chronograph beautifully embedded within the dial and power reserve indicator at 6’o clock with a horizontal line indicating 8 days of power reserve. The dial is fixed within the titanium-based case and the back of the case is also fully titanium-based which makes this timepiece virtually scratch-proof.

With over 100 meters of water resistance, this timepiece is wholly a military timepiece. It is designed to withstand extreme water pressure and shocks.

By featuring Robustness, elegant look, and functionality, this timepiece is a full-package military Watch and also a limited version which makes it more sought out after watch enthusiasts. Following the standards of Panerai, this timepiece has the ability to last for a lifetime.

Many other models were also launched in the 1950 series featuring a tourbillon, but all maintain the traditional touch of the brand is high quality and paying tribute to its predecessors from the 1950s. This series is in fact one of the most popular Panerai watch collections.