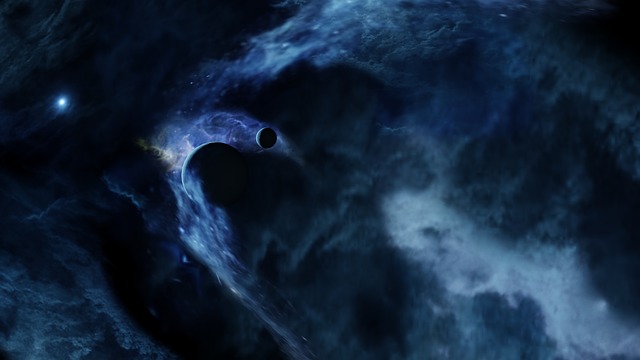 The vacuum is a space that consists of no matter. The word stems from the Latin phrase vacuus for “void” or “vacant.”

Let’s take a simple example to understand what exactly is a vacuum.

Let’s say you suck the last sip out of a mango juice container. As you put the empty box in the bin, you wonder if it’s vacant. Guess what? It isn’t! There are air molecules that take up space inside that mango juice box. But, if you could take out all of those air particles, you would have a vacuum. In science, a vacuum is a space without air or matter.

Since ancient Greek times, the vacuum has been a regular topic of philosophical debate but was not studied empirically until the 17th century. Ancient Greek philosophers argued the existence of emptiness, or void, in the setting of atomism, which declared void and atom the basic analytical elements of physics. However, in 1643, Evangelista Torricelli produced the first laboratory vacuum, and other laboratory techniques were formed as a result of his theories of atmospheric pressure. A Torricellian vacuum is formed by filling a tall glass container closed at one end with mercury, and then rearranging it in a bowl to hold the mercury.

Outer space has remarkably low pressure and density and is the closest physical resemblance of a perfect vacuum. But no vacuum is truly ideal, not even in interstellar space, where there are still a few stubborn hydrogen atoms per cubic meter.

Moons, planets, and Stars keep their atmospheres by gravitational attraction. As such, atmospheres have no delineated boundary: the density of atmospheric gas decreases with distance from the object. The Earth’s atmospheric pressure lowers to about 3.2×10−2 Pa at 100 kilometers of height. The Kármán line is a standard definition of the boundary with outer space. Beyond this boundary, isotropic gas pressure rapidly becomes irrelevant as opposed to radiation pressure from the Sun and the changing pressure of the solar winds. Hence, the definition of pressure becomes hard to interpret. The thermosphere in this range has high gradients of temperature, pressure, and composition, and varies greatly due to space weather. Astrophysicists prefer to use number density to define these environments, in units of particles per cubic centimeter.

But although it meets the definition of outer space, the atmospheric density within the first few hundred kilometers above the Kármán line is enough to produce a vital drag on satellites. Most artificial satellites move in this region called low Earth orbit and must fire their engines every couple of weeks or a few times a year. The drag here is small enough that it could probably be overwhelmed by radiation pressure on solar sails, a proposed propulsion method for interplanetary travel. Planets are too massive for their trajectories to be significantly affected by these forces, although the solar winds disintegrate their atmospheres.

All of the visible universes are packed with large numbers of photons, the so-called cosmic background radiation, and very likely a correspondingly large number of neutrinos. The prevailing temperature of this radiation is about −270 degrees Celsius, or 3 K.

Does a vacuum exist? Yes. Perfect Vacuum? Yes and No.

A perfect vacuum is an absolute state of no particles at all. It cannot be achieved in a laboratory. In Outer space, some gas molecules still linger even in emptiness. However, science is all about exploration, and let’s revisit the article when we know more about the perfect vacuum.