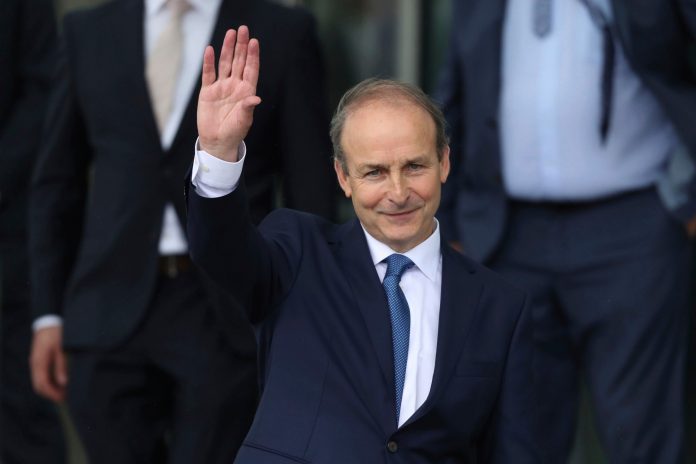 The Irish government announced a 7.4-billion-euro job stimulus package in order to recover the country’s economy which has been badly hit by the COVID-19 pandemic.

The package includes an extension of the Temporary Wage Subsidy Scheme under the new name of Employment Wage Support Scheme until April 2021 and a zero interest for the first year of loans for small- and medium-sized enterprises.

Under the Employment Wage Support Scheme, employers whose turnover has fallen 30 per cent due to the pandemic impact will receive a flat-rate subsidy of up to 203 euros per week per employee.

The scheme is expected to support around 350,000 jobs into the beginning of 2021, said a government statement.

The package also includes an extension of the Pandemic Unemployment Payment (PUP) to April 1, 2021, a provision of 35,000 extra places in further and higher education and a 200-million-euro investment in training, skills development, recruitment subsidies and job search and assistance measures in order to help people, especially young people, get back to work.

Under the PUP, which was introduced in mid-March and is due to end in August 2020, people who have lost their jobs during the pandemic crisis will continue to enjoy the government income support at a rate ranging from 203 euros to 300 euros per week.

The scheme will cost the the government an estimated 2.2 billion euros after its extension from end-August, according to the press release.

Nearly 600,000 people lived on the government income support scheme at the peak time of the COVID-19 crisis and the figure has now dropped to around 300,000, according to the Irish Department of Employment Affairs and Social Protection.

Under the package, the government will also invest 500 million euros in communities.

Speaking at the launc on Thursday, Prime Minister Micheal Martin said that “the package announced will protect existing jobs while creating new and sustainable employment options in the months and years ahead”.

“This is a comprehensive plan which will boost the economy and bring confidence back to towns and villages across Ireland,” he said.