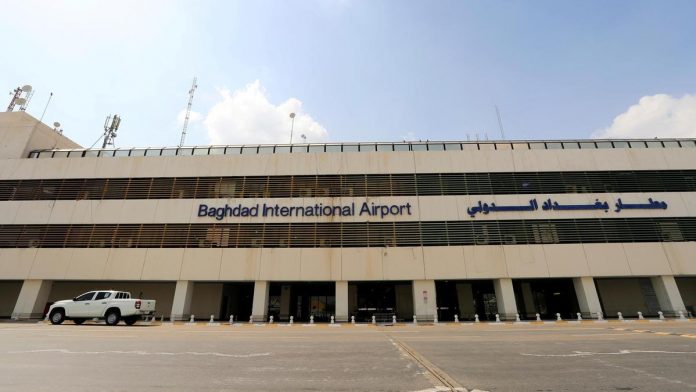 The Iraqi Civil Aviation Authority (ICAA) on Thursday resumed regular international flights, even as the total number of COVID-19 infections in the country reached 102,226.

“Airports of Baghdad, Basra and Najaf have witnessed an active movement of citizens travelling abroad,” said an ICAA statement.

Erbil and Sulaimaniyah airports in the semi-autonomous region of Kurdistan did not resume flights because they were not ready to apply the preventive health measures as required by the health authorities, the statement noted.

The ICAA highlighted the importance of abiding by the strict preventive health measures in the airports that have been issued earlier by the Higher Committee for Health and National Safety headed by Prime Minister Mustafa al-Kadhimi.

Meanwhile, the Iraqi Health Ministry said 2,361 new COVID-19 cases were recorded in Iraq during the past 24 hours, raising the total number of infections to 102,226.

It also reported 80 fatalities during the day, raising the death toll to 4,122 in the country, while 2,258 more patients recovered, bringing the total number of recoveries to 69,405.

The new cases were recorded after 16,947 testing kits were used across the country during the day, and a total of 861,165 tests have been carried out since the outbreak of the disease, according to the statement.

On July 16, the Higher Committee for Health and National Safety decided to reduce the hours of the partial curfew, except for the full curfew on Thursday, Friday and Saturday.

It also decided to completely lift the curfew after the Eid al-Adha holiday, which is expected to end in early August according to the Islamic lunar calendar.

The committee’s decision also included reopening airports for flights on July 23 as well as two crossing border points with neighboring Iran and one with Kuwait for commercial exchange.

Since the outbreak of the coronavirus, Iraq has been taking measures to contain the pandemic.