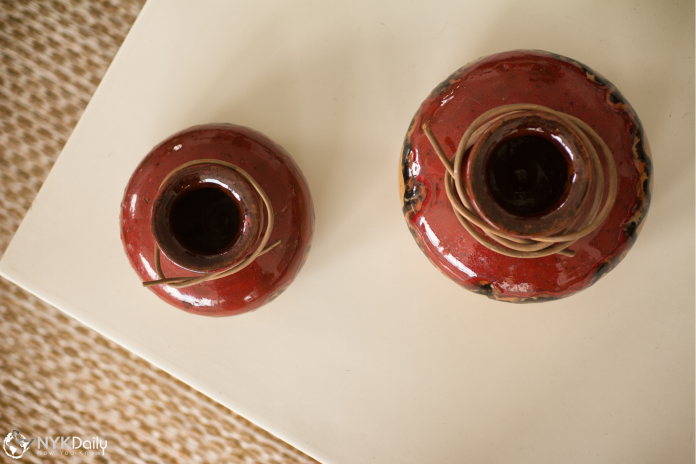 The prehistory of the tribals in Papua New Guinea can be recorded to about 60,000 years ago when people first relocated towards the Australian continent. The written history began when European navigators first saw the Bilibil people in New Guinea in the 17th Century.

Different tribes came probably by sea from Southeast Asia during an Ice Age when the sea was lower, and distances between islands were shorter. Although the first arrivals were hunters and gatherers, early evidence shows that people adjusted to the forest environment to provide food. There are also indications of neolithic gardening practiced at Kuk at the same time that agriculture was emerging in Mesopotamia and Egypt. Today’s staples sweet potatoes and pigs came later, but shellfish and fish have long been mainstays of coastal dwellers’ diets.

Bilibil people are descendants of those tribes which evolved from over 60,000 years.

The Bilibil people stayed on an island offshore from Madang, Papua New Guinea, selling clay pots along the coast from Karkar Island to western Morobe Province when European navigators made the first contact in the 17th Century. When Europeans first arrived, Bilibil people of New Guinea and other residents from nearby islands, whose technologies involved bone, wood, and stone tools, had a prolific agricultural system.

The island was small enough to produce and provide enough food for the residents and the trade, therefore, was an indispensable element of their life. In the Nineteenth Century, The Bilibil people migrated to the mainland to their current village site to enhance their income levels. Bilibil people speak the Bilibil language, an Austronesian language.

The ancient Bilibil houses had terraces that came to the ground, and each clan had a men’s clubhouse where women were not allowed to enter. However, in the current era, each family lives in their own house. They are made from bushes and have large, spacious verandahs.

Food is cooked and eaten outside the home. Taro and Yams are the staple diet that is grown in extensive gardens behind the village. The men do the first preparation of a new garden, but the women do most of the cultivation. The yams are set for harvest in June, and the harvest is celebrated with yam feasts. June is also the mythical new year, as marked by the appearance of the Pleiades. (The Pleiades, also known as the Seven Sisters and Messier 45, are an open star cluster containing middle-aged, hot B-type stars in the north-west of the constellation Taurus. It is among the star clusters nearest to Earth and is the cluster most obvious to the naked eye in the night sky.)

Young Bilibil men are inducted into manhood by the older men who take them over to Bilibil Island for around two weeks and command them in the way to act like adults. When they come back to the village, they are paraded and marched through the houses, and a ceremony is held with feasting and dancing.

Bilibil ladies make pots, which are still assembled traditionally. Clay for the pot is secured locally and mixed with sand and water. The pots are hollowed out with stones and polished on the outside by beating with a flat board. Before they are fired, red clay is coated on the pots. This turns them a bright red and black when they are pulled out of the fire.

The pots are put to many uses; most importantly, they are used for bride price ceremonies. Sometimes pots are still traded for food. Inland people meet the Bilibils at a pre-arranged place, and pots are sold for taro and yams from the mountains. No money is used in these transactions.

Relationship With the ocean

The Bilibils have been great sailors historically. They developed large two-masted canoes, which they would use to travel hundreds of miles along the coast to trade with different villages. Tools for boat building were made from wood, pig’s bone, sharpened bamboo, and stone. In 1978, it had been 40 years since the Bilibil people had built a traditional canoe, and the capabilities for constructing these boats had been almost forgotten. Four older men taught the others how to make a canoe using local trees for the hull, the outrigger, and the supports. The boat was spun out of pandanus leaves, a roof was built from bamboo with palm leaves for shelter, and a wooden cockatoo, a clan totem, was joined to the mast.

A Letter To Anyone Who Feels Stuck In Life