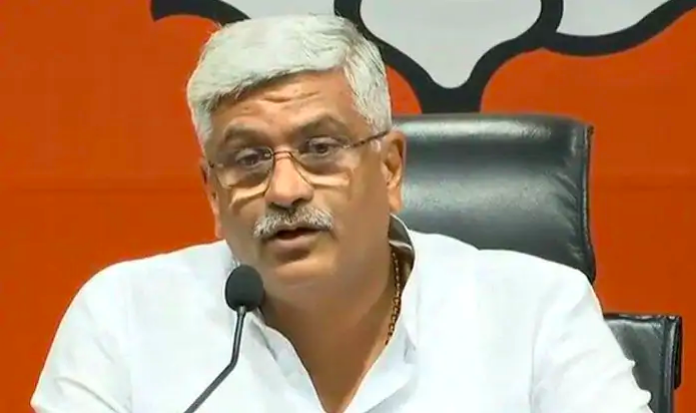 Amid flood havoc, the Centre has announced to provide $46 Million crore under the Flood Management Programme (FMP) in Assam, officials said here on Wednesday.

An Assam government official said that during a video conference, Union Jal Shakti Minister Gajendra Singh Sekhawat promised Assam Chief Minister Sarbananda Sonowal that the first instalment under FMP of Rs 346 crore would be released to the state soon. Sonowal apprised Sekhawat about the massive devastation caused by over a month long flood along with erosion in the state and various steps taken by the state government to deal with the situation.

The central minister requested the Chief Minister to send proposals for sanctioning money under Disaster Risk Management Fund which would facilitate the state government to get more funds from the Central Government for flood management, relief, erosion and other mitigation.

Responding to the Assam Chief Minister’s request, Sekhawat assured Sonowal that the Central Government would soon hold discussions with the Bhutan Government about the floodwaters from the neighbouring country inundating a large area in northern Assam every year.

The Union Jal Shakti Minister also stressed on the need to adopt latest technologies in flood management and promised to extend all help and support from his ministry in finding permanent solutions to the problems of flood and erosion in Assam.

The on going month-long monsoon flood in Assam has killed at least 89 people, while around 26.32 lakh people of over 2,525 villages in 26 of the 33 districts were affected.

The flood also badly damaged 115,515 hectares of crop area and infrastructures across the state.

After a marginal improvement earlier this week, the flood situation in Assam again deteriorated on Wednesday while two more persons died in Barpeta and Morigaon districts, taking the death toll to 89, while around 26.32 lakh people in 26 of the state’s 33 districts continue to be hit.

According to the Forest Department and the Assam State Disaster Management Authority (ASDMA) officials, at least 120 animals have been killed in floods and 147 rescued even as 90 per cent of the 430 sq km, world-famous Kaziranga National Park, home to more than 2,200 one-horned Indian rhinoceros, remained inundated.

They said that the floods — which have inundated the state for over a month now — had claimed 89 lives so far in Kamrup (Metro), Baksa, South Salmara, Darrang, Sonitpur, Biswanath, Tinsukia, Lakhimpur, Bongaigaon, Kamrup, Golaghat, Sivasagar, Morigaon, Dhubri, Nagaon, Nalbari, Barpeta, Dhemaji, Udalguri, Goalpara and Dibrugarh districts, while 26 others were killed in separate landslides since May 22.

The ASDMA officials said that besides the Brahmaputra, as many as seven more rivers — Dhansiri, Jia Bharali, Kopili, Beki, Kushiyara, Sankosh, Dharamtul — are flowing above the danger mark in a large number of places in 12 districts. Over 2,525 villages and 115,515 hectares of crop area in 26 districts have been flooded.

The district administrations have set up 391 relief camps and distribution centres in 26 districts, where around 45,300 men, women and children have taken shelter.

Besides erosion of river banks at a large number of places, roads, embankments, bridges, culverts and other infrastructure were damaged at many locations in 24 districts, the officials said, adding that hundred of houses were fully or partially damaged due to the floods.

Around 14 lakh domesticated animals and over 8 lakh poultry birds were affected. Besides Kaziranga National Park, located on edge of the eastern Himalayan biodiversity hotspots of Golaghat and Nagaon districts, the Manas, R.G. Orang and Tinsukia national parks, the Pabitora and Tinsukia wildlife sanctuaries were also affected.