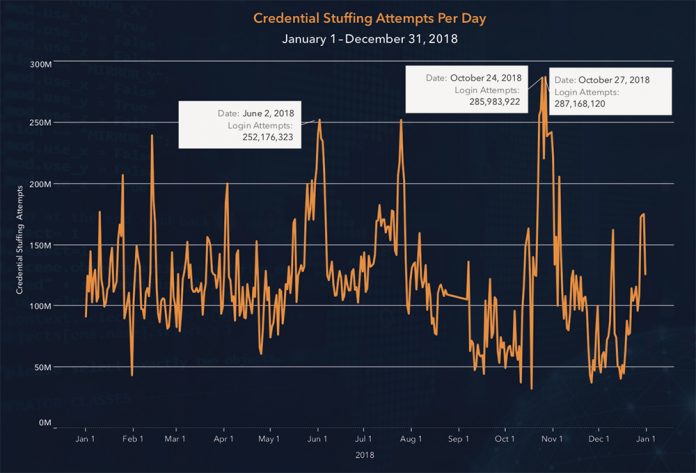 India was followed by the US at 1.4 billion and the UK at 124 million, said the Akamai 2020 State of the Internet / Credential Stuffing in the Media Industry report.

In credential stuffing, attackers “stuff” login fields with illegally obtained credentials. Once a user id and password work to unlock an account, the attacker takes over the account and exploits it for fraud.

“As long as we have usernames and passwords, we’re going to have criminals trying to compromise them and exploit valuable information,” Akamai security researcher Steve Ragan said in a statement.

“While educating consumers on good credential hygiene is critical to combating these attacks, it’s up to businesses to deploy stronger authentication methods and identify the right mix of technology, policies and expertise that can help protect customers without adversely impacting the user experience,” Ragan said.

The US was by far the top source of credential stuffing attacks against media companies with 1.1 billion in 2019, an increase of 162 per cent over 2018.

France and Russia were a distant second and third with 3.9 million and 2.4 million attacks, respectively, said the report which got delayed from April to July due to the Covid-19 pandemic.

The extra time allowed Q1 2020 data to be added to the original report by Cloud security and content delivery network player Akamai.

Most notably, there was a large spike in malicious login attempts against European video service providers and broadcasters during the first quarter of 2020.

One attack in late March, after many isolation protocols had been instituted, directed nearly 350,000,000 attempts against a single service provider over a 24-hour period.

Separately, one broadcaster well known across the region, was hit with a barrage of attacks over the course of the quarter with peaks that ranged in the billions.

Another noteworthy trend during the first quarter was the number of criminals sharing free access to newspaper accounts.