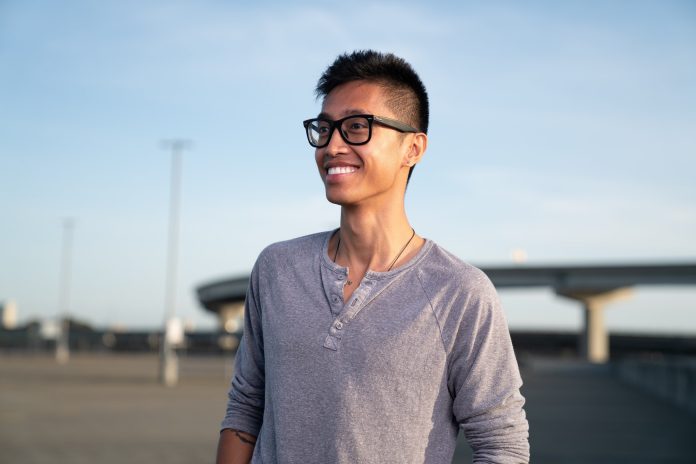 Social media plays a crucial role in political campaigns. Social media and politics have become interwoven because politicians have been using it as a vector for instant communication with their followers. That being said, this has dramatically changed the perception and accessibility of politicians with the general public. With more political campaigns turning to digital, there’s been a lack of experts who can guide campaigns in the right direction. This is where social media entrepreneur, AJ Cartas, comes in.

AJ personally had over 1 million followers on social media and held Director-level positions with multi-billion dollar brands. He started his social media career back in 2013 and has made a business to help brands maximize their exposure online. AJ got his feet wet when he was Chesa Boudin’s Digital Strategist in the summer of 2019, who narrowly won the District Attorney race. AJ was also the Digital Director for Ted Terry, former Mayor of Clarkston and Queer Eye hero (Season 2, Episode 8), who advanced to the run-off for the local Super 6 Commission seat in DeKalb County, Georgia (as of this writing).

With no background in politics until 2019, AJ was inspired to get into politics because he believes that with the short time we have on Earth, the best thing we can do is contribute as much positivity as we can, which is why he’s been working with progressive candidates. Although, he has been leveraging his startup experience as well as his own social media experience as a way to stand out against other candidates and land roles. Some of the candidates he’s currently working with are disrupting the political world, so it makes sense to work with someone who’s unorthodox like AJ.

“Politicians who don’t utilize social media are definitely missing out,” AJ says. “Being active on social media helps politicians connect with their constituents, find new supporters, drive sign-ups, and get more donations.” With the pandemic happening and with some stay-at-home orders, dozens of political campaigns had to pivot their field strategy and invest more into digital. This forced campaigns to not rely on the usual canvassing tasks that they do, which is great. “A cohesive field and digital strategy will definitely have an advantage over the opposition(s) because you want to reach your audience both physically (safely) and digitally.

“In my experience, the most successful campaigns have used digital to amplify the work of the field team,” Nathan Diaz Legorreta, Field Director for Ilhan Omar, stated. “Promoting and pushing events the field team has organized onto social media channels has proven to be key for campaigns. This is especially true under the current political climate where social distancing has prevented nearly all field operations from happening. Instead, a digital strategy can pivot meet and greets to virtual spaces, move office phone banks to organized zoom calls, and turn GOTV to absentee voting.”

Utilizing all of the native features of a social media platform will show that the campaign is up-to-date and that they are reaching new and current audiences. I asked AJ some basic tips for a campaign to make the most out of their social media and this is what he said:

1. Remember that your goal is always to drive actions.

Of course, likes, followers, and comments are great, but the whole point during an election year is to drive actions such as getting supporters to attend (virtual) events and/or to drive donations. Without these two, then a campaign is dead from the start. This is an objective that you have to keep on top-of-mind. Make sure to create a paid social strategy that complements your organic social media strategy, meaning that your content needs to make sense, which leads us to number two.

By educational, what I mean is that you don’t need to shove as many texts as possible in an image. This is something that I see a lot of campaigns miss the mark on. Sometimes, you want to say a lot, but you end up overwhelming your followers visually as well as turning off potential supporters. The best way to approach this is to make sure that you place the importance on images and focus on copywriting. The perfect recipe is creating content to intrigue, using copy to deliver, and including a strong call-to-action to make a home run and drive actions.

3. Always use a relevant and strong call-to-action.

After creating great content, you want to take your followers somewhere else. That be as simple as signing a petition, attending one of your virtual events, or donating $35 dollars for your 35th birthday. It’s best practice to not assume people will do these things so you have to explicitly tell them what to do.

This is where social media can create maximum impact. “Micro-targeting voters and base building! It’s an easy way to recruit new supporters who would never otherwise interact with your campaign. They can make phone calls to voters from home, spread the word about you/your candidate on social media, email their friends about making donations (which will help fund your field efforts) – the limit is really only set by how much capacity you have,” Andrea said.

Get your followers’ feedback on certain things and get their thoughts on issues that matter to them. Do they support Medicare For All? How will a universal healthcare system make their life better than what we currently have? This is something that the Bernie Sanders campaign mastered. By opening up a two-way conversation with his supporters, he’s able to see the problems that Medicare For All can fix through the lens of the working-class people. After all, that’s the whole point of being an elected leader: putting the best interests of the people first. The Sanders campaign also re-purposed testimonials into campaigns, which trended on Twitter. Although, I can’t recall specifically which one, but I’m sure it’s out there.

5. Don’t take negative comments personally, even though some are meant to be.

In the world of politics, you need to have thick skin. It’s already bad as it is in social media, but adding politics into it makes the environment more toxic. Expect trolls, harassments, spam, hate. The best thing you can do when you encounter these types of comments and messages is just to ignore them. Or respond in a way that still amplifies your candidate’s platform while putting the haters in their place. It’s also good to note that supporters will defend their candidates.

When asked what are missed opportunities for campaigns opting out of social, Andrea Cervone, Campaign Chair for Ted Terry for Super 6 Commissioner, said, “the biggest thing I think is base building. Social media is a great way to reach people who don’t attend political events, maybe can’t even vote for you, but are looking for a way to get involved. They can donate, share information about your campaign, or even volunteer from home through texting or calling voters. It’s the perfect vehicle for relational base building, and it will be huge for GOTV efforts in November.”