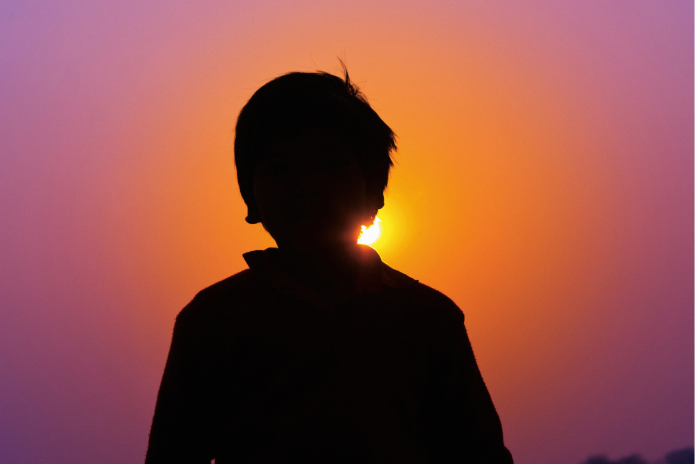 There is one simple key to life that has been passed down from generations, “when life gives you lemons, make lemonade.”

Although, this key was found at a time when water was free. Today, we live in an era where even the air we breathe has a cost. Life is an arduous journey now.

Mark Manson once wrote, “Who you are is defined by what you are willing to struggle for.” Recently, I met a 10 year old boy living by the same mantra. This is not a story of struggles and hardships that one faces. It is the story of staying true to yourself and spreading happiness even when all you have are lemons.

Manish, a 10 year old boy living with a younger sister, a baby brother and his parents, is from Alamchand, a small but alluring village in Uttar Pradesh. He must be the most responsible boy of his age whom I was lucky to come across. Manish lost his mother in an accident when he was three. His father married again for he did not want his son to grow up without a mother. The step-mother is benevolent and affectionate. His family is not among the affluent families of his village. His father is a farmer by profession and sells his vegetables in the nearby farmer’s markets. Since the age of five, Manish started to help out his father in the fields and then at the
farmer’s market at his stall. Manish has always been a shy kid but he will always greet you with a big smile on his face. Being the oldest of the siblings, he has always been the guardian to his sister and brother. At the age of eight he opened a chaat stall to support his family financially. He is filled with self-respect and self-confidence.

In 2019, his father met with an accident. Due to the injuries, his father is unable to lift his hands and is still under treatment. This accident made Manish quit his school and take up responsibilities that his father was supposed to fulfil. Waking up early, feeding the cattle and then going to the fields is the routine he follows now. He also takes his father to the doctor’s appointments to the nearby village every week on a bicycle. Due to the treatment, there is a lot of financial pressure on his family now. He would never take loans from anyone to support his family as he wants to be independent whatever may be the situation. He does not have time to play with the kids his age. Even then if you ask how him about life, he replies with a soothing and calming smile on his face “Never been better.”

He has always aspired to become a doctor and open a dependable hospital in his village. But due to the current conditions, he now wants
his brother or his sister to fulfil his dream. He wants them to never know what he is going through and wishes to make them study no matter how rough things get. He has a hope in his eyes which makes you believe that things can eventually turn around.

Manish inspired me to become a better version of myself and to never stop hoping. His grit reminded me of golden words said by Jonas Salk, “Hope lies in dreams, in imagination, and in the courage of those who dare to make dreams into reality.”

Manish for me, is the epitome of optimism and one could never have enough optimism in life. It goes a long way.