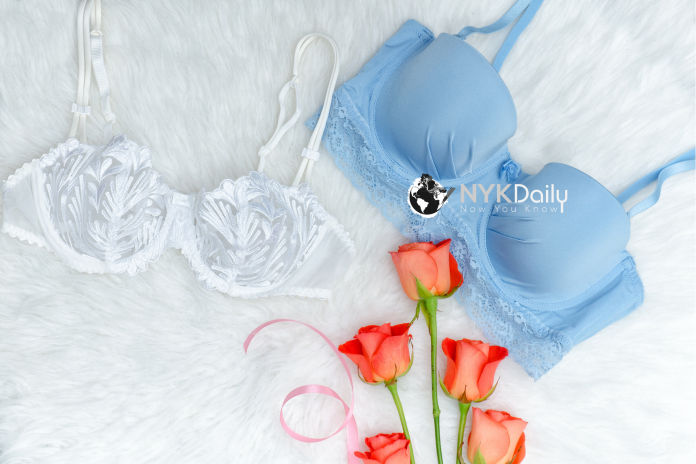 The term “brassiere” became a reality over one hundred years ago; however, the bra’s idea and use are much older than that. For thousands of years, ladies have used coverings to cover, enhance, and draw attention to the breasts.

Today, lingerie is a multi-billion-dollar industry with an immense variety in shapes, purposes, and styles. But let’s start from the times when the bra got hooked in world history for the first time.

The dressing of a specific undergarment meant to carry a woman’s breasts may record back to ancient Greece. At least one instance of late-Hellenic sculpture seems to validate this, representing the Goddess wrapping a stróphion (from stróphos “twisted band” + the diminutive suffix ion) around her breast.

Bra also evolved in ancient India. Bra-style garments star in both Indian and Egyptian history. Though classical depictions in both societies often show ladies bare-breasted, there are cases where women are donning bras.

Egyptian women wore a plain rectangular piece of cloth stitched into a tube, with a cross band over the left breast. This little garment – known as a kalasiris – was most generally worn by working women or slaves, as it presented comfort and support while working.

Ancient Indian women also used tight-fitting sewn brassieres. They were especially popular during the Vijayanagara Empire when experienced tailors were in excess. A bodice with brief sleeves, called a kanchuka was hot at a later period and was donned by young girls and women alike.

Around 2500 BC, there was an existence of a society obsessed with breasts. The Minoan culture loved breasts – almost to the end of worship and clothing styles revealed that. Minoan women started dressing in a bra-style garment that lifted the chests up and out of the clothing, leaving the breasts completely visible, and leaving little to the imagination.

The Roman and Greek cultures in the early 1st Millennia were remarkably male-dominant. During these years, Roman women dressed in a tight band around the chest, which decreased boob size significantly, dramatically pressing the chest. Funny enough, men also wore these bra style chest coats.

However, the Greeks realized that specific clothing highlighted the breasts, giving a rather eye-catching effect. Thus, many Greek women began wearing a belt under the breasts to push them up, intensifying the bust. Greeks discovered push-up bra.

The position of these ancient cultures presents a rather interesting trend in the history of the bra: the usage and styles of bras have changed in close connection with male attitudes toward breasts. Unfortunately, women were somewhat at the mecy of the trends of the age – and these trends were commanded by men more often than not.

By the medieval era, high, firm, rounded breasts were very much in fashion. The full-busted look described in art cannot be possible without breast support. Around this time, the corset was also in circulation.

One woman who influenced the corset industry was Catherine de Medici of France. Sadly, her influence was hardly decisive. Focussing on fashion, Catherine imposed a ban on “thick waists” at court functions. Though she is not responsible for introducing the corset, it seems that her edict brought steel-framed corsets into wide-spread utilization.

As famous as the corset was among the elite, the garment was impossible for the common woman. Corsets made physical work nearly unmanageable, so most working women wore a plain cloth tie under the breasts.

Evolving from Corset to the Brassiere

From the late medieval era onwards, the bra was frequently connected to fashion as much as to function. Corset styles advanced to include irons supports, and a considerable weight was placed on the form. The breasts were squeezed and driven up so that they nearly spilled out of their chains.

The 17th century saw the start of the Empire fashion, made famous by Empress Josephine. Dresses were worn just under the breasts and were somewhat like the traditional style of ancient Greece.

Things took somewhat of an extreme turn in the Victorian era. Purity was the thing of the day, and hemlines and necklace followed suit. Oddly enough, though necklines were high, dresses were intended to highlight the bust and hips by squeezing the waist with a corset.

The corset went into a slump as the Edwardian era dawned. Women were involved in more physical activity and thus, the corset gave less breast support and served more as a girdle. The corset was followed by a breast covering called the Bust Bodice.

The move from corsets to bras can be attributed to these developments below.

Bras became relatively common as the 19th century advanced. When the US War Industries Board urged women to stop purchasing corsets to free up metal for war production, the age of the bra began.

Mary Phelps Jacobs put together a modest design, employing ribbons and silk handkerchiefs. The idea was popular, and she quickly registered the idea. She ended up selling the license to Warner Brothers Corset Company, who turned the idea into a multi-million dollar industry.

From here on out, the bra traversed a much more sensual journey as ladies took a whole new approach to this new informal apparel. The comfortable lingerie gave women new confidence, and by the time elastic was injected in 1920, the industry was already growing exponentially.

Standard cup sizes were invented, and by the 1930s, the strapless bra was added.